The Dix Dam established a reservoir that would provide the water needed to operate a hydroelectric generating station. It also provided the State of Kentucky with the capability to partially mitigate flooding on the Kentucky River by holding back water in Herrington Lake during critical periods.

Upon its completion in 1927, the Dix Dam was the highest dam east of the Rocky Mountains and the largest rock-filled dam in the world. It generated more electricity than the Roosevelt Dam in Arizona.

During the height of construction, there were 1500-2000 workers on the job. A temporary town built for these workers had bunkhouses, restaurants, a hospital, a movie theatre, police, and fire protection. The shantytown that grew up had a dance hall, gambling hall, and a house of ill repute.

Approximately 30 people were killed during the construction of the dam, mostly from dynamite blasting of the cliffs. 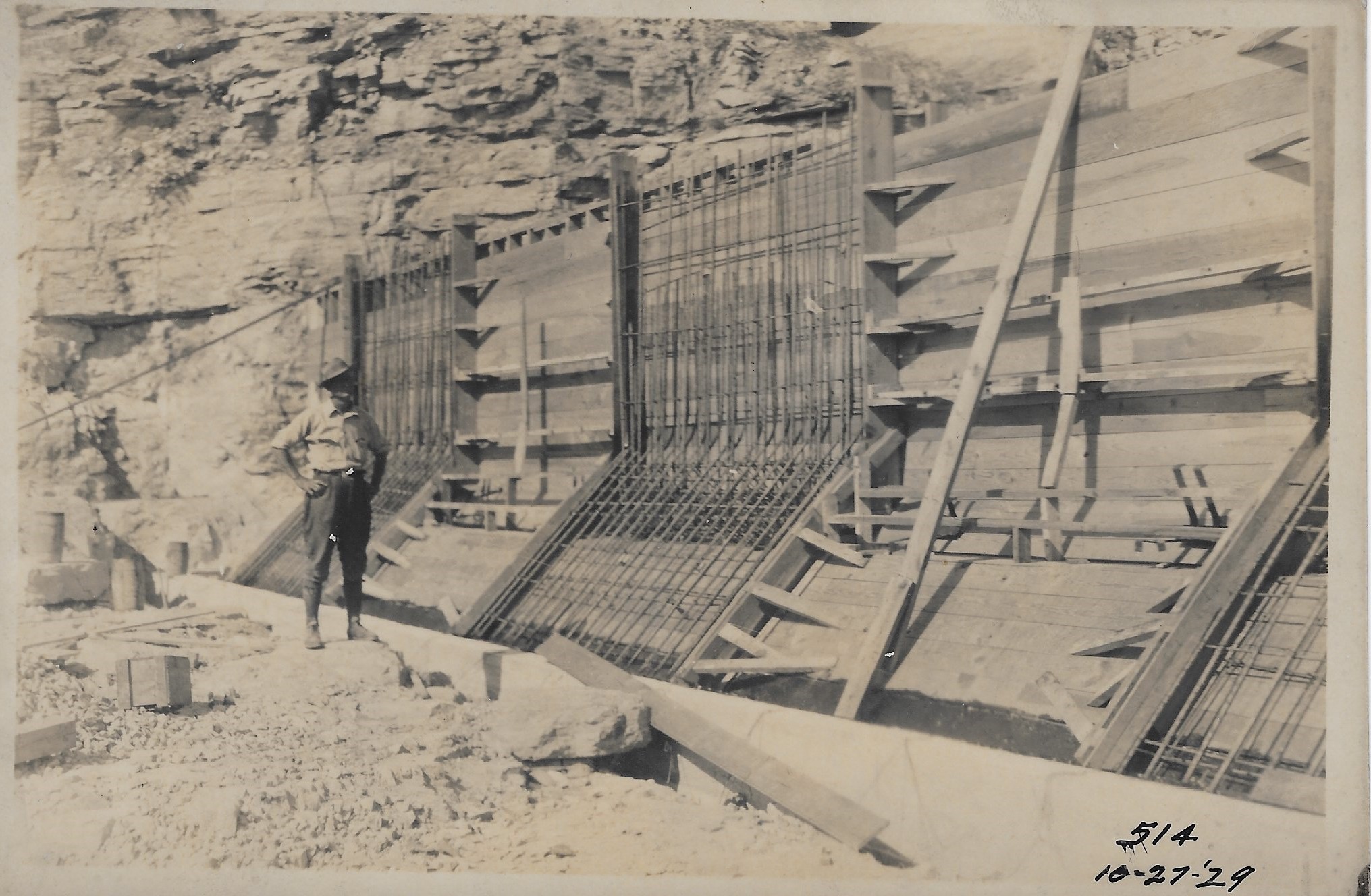 Dix Dam in the middle of the construction phase

The construction of Dix Dam 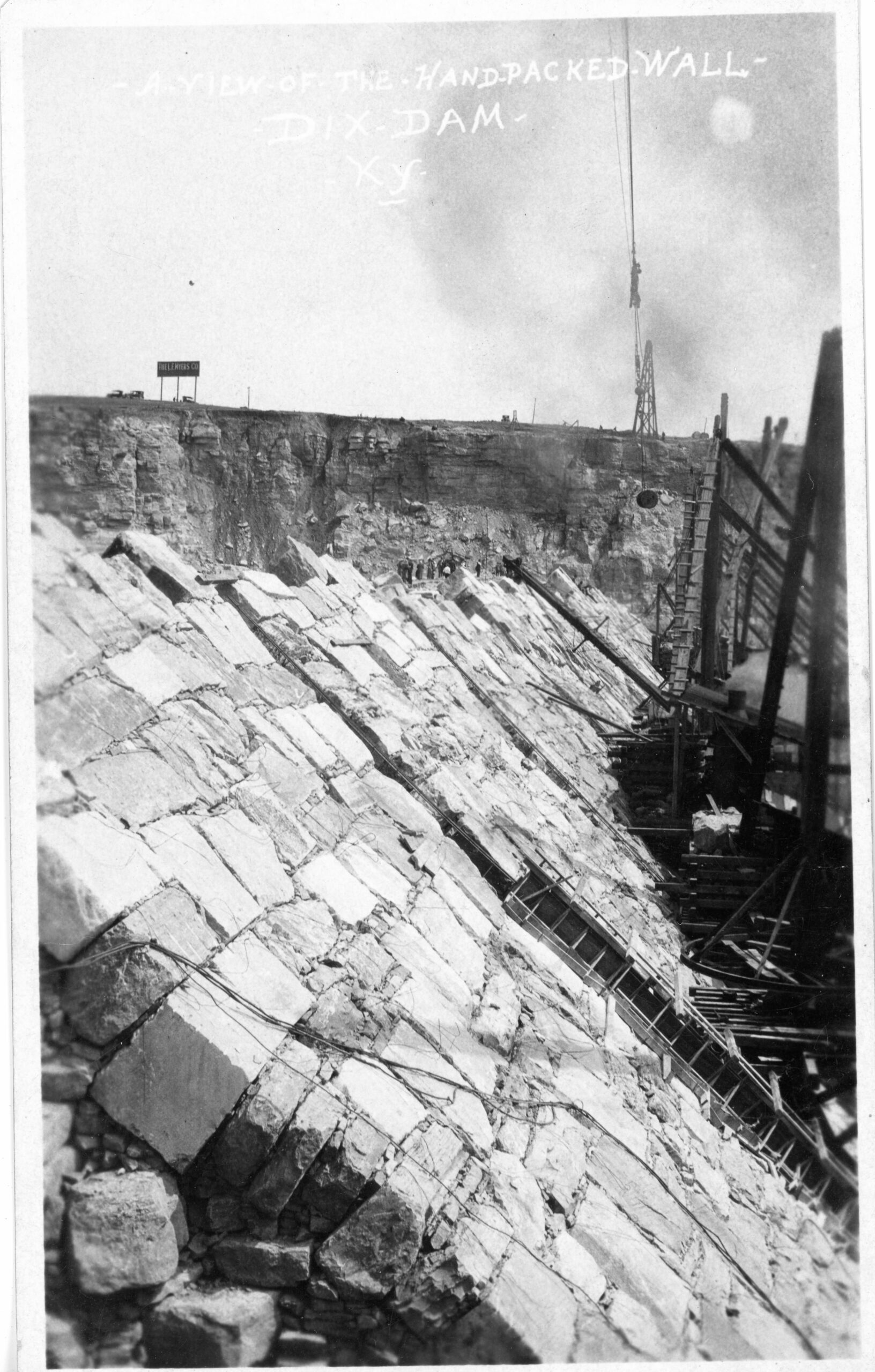 View of the hand-packed wall of Dix Dam