Ancel Edgar Crick Private First Class
Ancel Edgar Crick joined the Harrodsburg National Guard unit sometime before they were activated in November 1940. He was transferred to Headquarters Company. He was taken prisoner on 11 April 1942 when they were put on trucks for Mariveles. He survived the Death March and eventually to Camp O’Donnell and later at Cabanatuan.
He was on a work detail for a time at Las Pinas building runways. He was later put aboard the Hell Ship Arisan Maru bound for Formosa.
He was lost at sea when an American submarine attacked the unmarked prisoner transport on 24 October 1944.”

PFC Ancel Edgar Crick
BIRTH, 23 Jul 1917, Whitley County, Kentucky, USA
DEATH, 24 Oct 1944 (aged 27) MEMORIAL SITE*, Manila American Cemetery and Memorial Manila, Capital District, National Capital Region, Philippines * A structure erected in honor of someone whose remains lie elsewhere. PLOT, Walls of the Missing MEMORIAL ID, 56759694
Son of Sam and Zetta Mae Smith Crick.
As a member of D Company, 192nd Tank Battalion, he was stationed near Clark Airfield in the Philippines when it was attacked by the Japanese on 8 December 1941. He was taken prisoner on Bataan on 9 April 1942 and survived the infamous Bataan Death March, only to die when the Japanese prison ship Arisan Maru was torpedoed and sunk in the South China Sea by an American submarine.
Gravesite Details His body was lost at sea.” 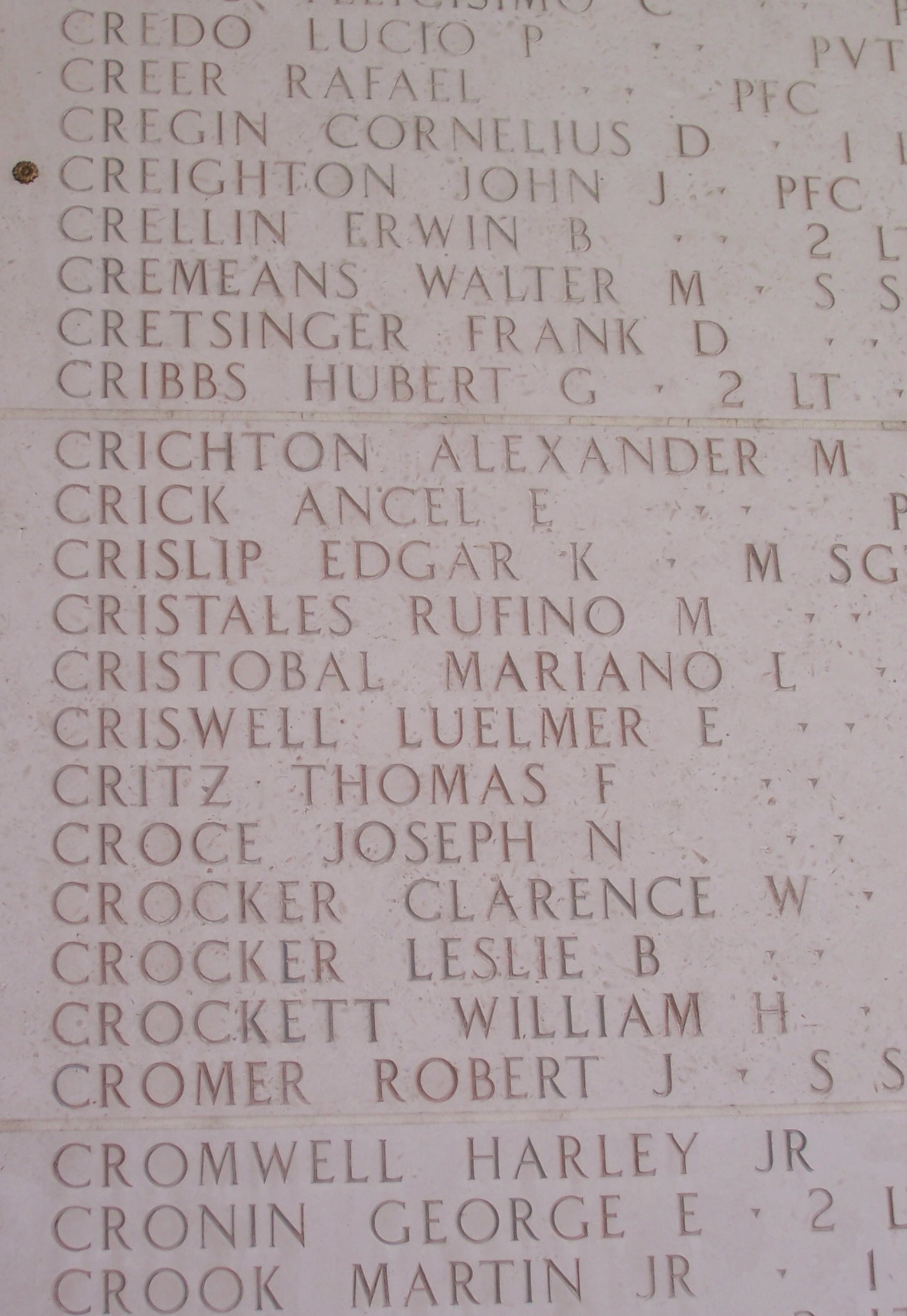