Cecil R. VanDiver, 80, died Wednesday, October 27, 1999 at the VA Medical Center in Lexington. Born August 5, 1919 in Harrodsburg, he was the son of the late Oscar and Susie Cumingo VanDiver. VanDiver was a US Army veteran, having served with the 192nd Tank Battalion at Bataan.

The former prisoner of war was captured April 9, 1942, and forced by Japanese troops to walk about 70 miles with thousands of other U.S. soldiers (several of which were from Harrodsburg) in the infamous march in the Philippines. After the march, which left thousands of dead, VanDiver lived in prison camps, doing such tasks as burying fallen fellow soldiers and mining coal.

He was a prisoner until September 1945. VanDiver was a life-time member of the Disabled American Veterans, was a mason with 777 F&AM, and a member of the Veterans of Foreign Wars. He was retired from the maintenance department at the Kentucky State Hospital. He was a member of the Indian Hills Christian Church in Danville and was a Kentucky Colonel.

Private Cecil Raymond Vandiver joined the Harrodsburg National Guard unit in 1939. He was assigned as a cook in Headquarters Company. On April 9, 1942 he was taken prisoner. He survived the Death March. At San Fernando they were loaded into steel boxcars to Capas and then the final march to Camp O'Donnell.

He was later sent to Cabanatuan #1 and was on a work detail to rebuild bridges. He was later put on a Hell Ship bound for Korea but was turned around because of suspected submarine activity. They remained in the ships for days before setting sail again. They finally arrived at Puson where they were put on a train for Manchuria. At Mukden he unloaded sacks of cement and coal. He later worked in a steel mill. He eventually returned to Harrodsburg after the war. He died on 27 October 1999. 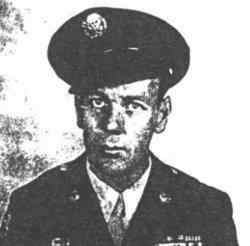 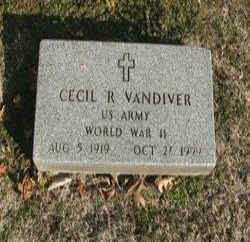 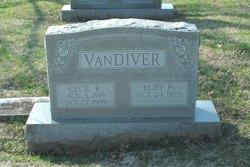