He was a retired assistant superintendent for International Harvester, where he worked for 38 years.

Field M. Reed Jr., 83, of Louisville, died at the Veterans Administration Medical Center. He was the son of the late Field M. Reed Sr. and Merrtie Mae Woodard and was raised in Harrodsburg. He was a retired assistant superintendent for International Harvester, wherehe worked for 38 years. He was an army veteran of World War II, serving in the 192nd Tank Battalion, a former POW and a member of the Masonic Lodge, American Legion #201, VFW and the International Harvester Retiree Club.

Private First-Class Field McLeod Reed, Jr. joined the Harrodsburg tank company sometime before the unit was activated in November 1940. He was a truck driver for the unit and spent four months attempting to deliver ammunition and gasoline to the tanks, with often only an idea where the tanks might be.

He was taken prisoner on April 9, 1942 and made his way to Mariveles where he began the Death March. A piece of shrapnel wounded Reed during the march from an artillery round fired from Corregidor, in an exchange with Japanese artillery near the march route. He was able to borrow a hidden knife and cut the shrapnel out of his leg.

Near San Fernando, Field was bayoneted by a guard and he continued the march bleeding. He was put on a train to Capas and then marched to Camp O'Donnell. He was later sent to Cabanatuan and then on to a work detail to Las Pinas to work on runways at Nichols Field. Here he received a beating from his captors that resulted in permanent hearing loss. He was later put in a sweatbox for two weeks for breaking a guard’s jaw. He was then returned to Cabanautan. He was still there when the U.S. Army Rangers liberated the prisoners in January 1945 and they made it safely to the American lines. He returned to Harrodsburg. 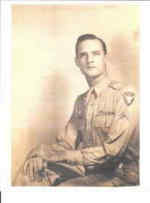 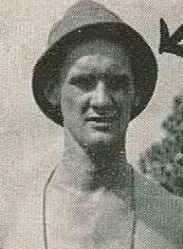 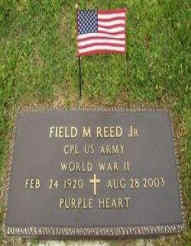