Garratt Royalty was a member D Company, 192nd Tank Battalion. He was stationed in the Philippine Islands when Japan attacked Pearl Harbor. Ten hours later, he lived through the bombing of Clark Airfield. For four months, he fought, with the other soldiers on Bataan, to slow Japan’s conquest of the Philippines. Without food, without adequate supplies, and no hope of being relieved, he became a Prisoner of War on April 9, 1942, when Bataan was surrendered to the Japanese.

As a POW, he was held at Camp O’Donnell and Cabanatuan in the Philippines. He was rescued by U.S. Army Rangers at Cabanatuan on January 30, 1945.

Garratt returned home, married, and was the father of eight children.

Private First-Class Garratt Gilbert Royalty joined the Harrodsburg National Guard unit some time before it was activated in November 1940. He was taken prisoner on April 9, 1942. He survived the Death March from Mariveles to San Fernando where he was put on a train to Capas for the final march to Camp O'Donnell.

He went out on work details to rebuild bridges. He was later sent to Cabanatuan where he was on the farm detail. He was later taken to Bilibid Prison for medical treatment and eventually returned to Cabanatuan. He was liberated by American Rangers on January 30, 1945. He returned to Harrodsburg, after the war. He died in January, 1985. 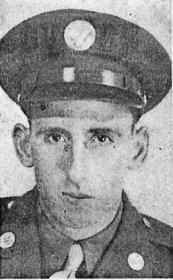 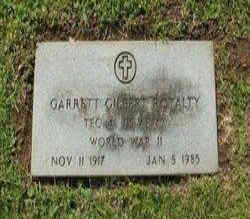