Hezakiah F. Sallee Sergeant Hezakiah Franklin "Heze" Sallee enlisted in the Harrodsburg National Guard unit with his brother James at some point before the unit was activated in November 1940. He was taken prisoner on 9 April 1942 and survived the Death March. He was held at Camp O'Donnell, Cabanatuan. He was put aboard the Hell Ship Clyde Maru and sent to Japan in August 1943. He was sent to Fukuoka #17 where he worked in a coal mine. He died on 6 June 1944 from a fractured skull he received in a coal mine accident

Sgt Hezakiah Franklin “Heze” Sallee BIRTH, 14 Jun 1920, Mercer County, Kentucky, USA DEATH, 10 Jun 1944 (aged 23), Fukuoka, Japan BURIAL, Manila American Cemetery and Memorial, Manila, Capital District, National Capital Region, Philippines PLOT, Plot B, Row 11, Grave 153 MEMORIAL ID, 56763202 Heze was the son of Heze Sallee and Sally Cunningham. Identified siblings were: Charles Bennett, JD, Anabelle, David, and William. 25 Nov 1940, Heze F. Sallee (B: 1920, Kentucky) was called to active duty as a Private from the National Guard in Harrodsburg, Kentucky. He was described as: single, 5 feet 9 inches, and 165 pounds (WWII Enlistments). Heze served with D Company of the 192nd Tank Battalion. Beginning on 8 Dec 1941, the 192nd and 194th Tank Battalions defended the Philippines against the Imperial Japanese Invasion in what was America's first tank engagements of World War II. Overwhelmed, the 192nd and 194th covered the withdrawal to the Bataan Peninsula. They defended the air field, the beaches, and provided support to the Infantry. On 8 Apr 1942, the tank units received codeword "Crash", which was an order to destroy their remaining Stuart tanks. On 9 Apr 1942, American and Filipino forces on Bataan were compelled to surrender. The Bataan Death March followed. Some soldiers were able to make it to Corregidor which had to surrender a few days later. On 7 May 1942, Heze was reported as a POW. He was eventually sent to Japan to be used as slave labor. In Japan, Heze was sent to Fukuoka Camp #1, Kashii, Kyushu Island. The POWs in the camp were used to extract coal from a coal mine that had been condemned because it had become unsafe. POWs worked in the coal mine with the knowledge that any of them could be killed at any time. Heze died in the mine when the section of the mine he was working in collapsed. Gravesite Details Entered the service from Kentucky.” 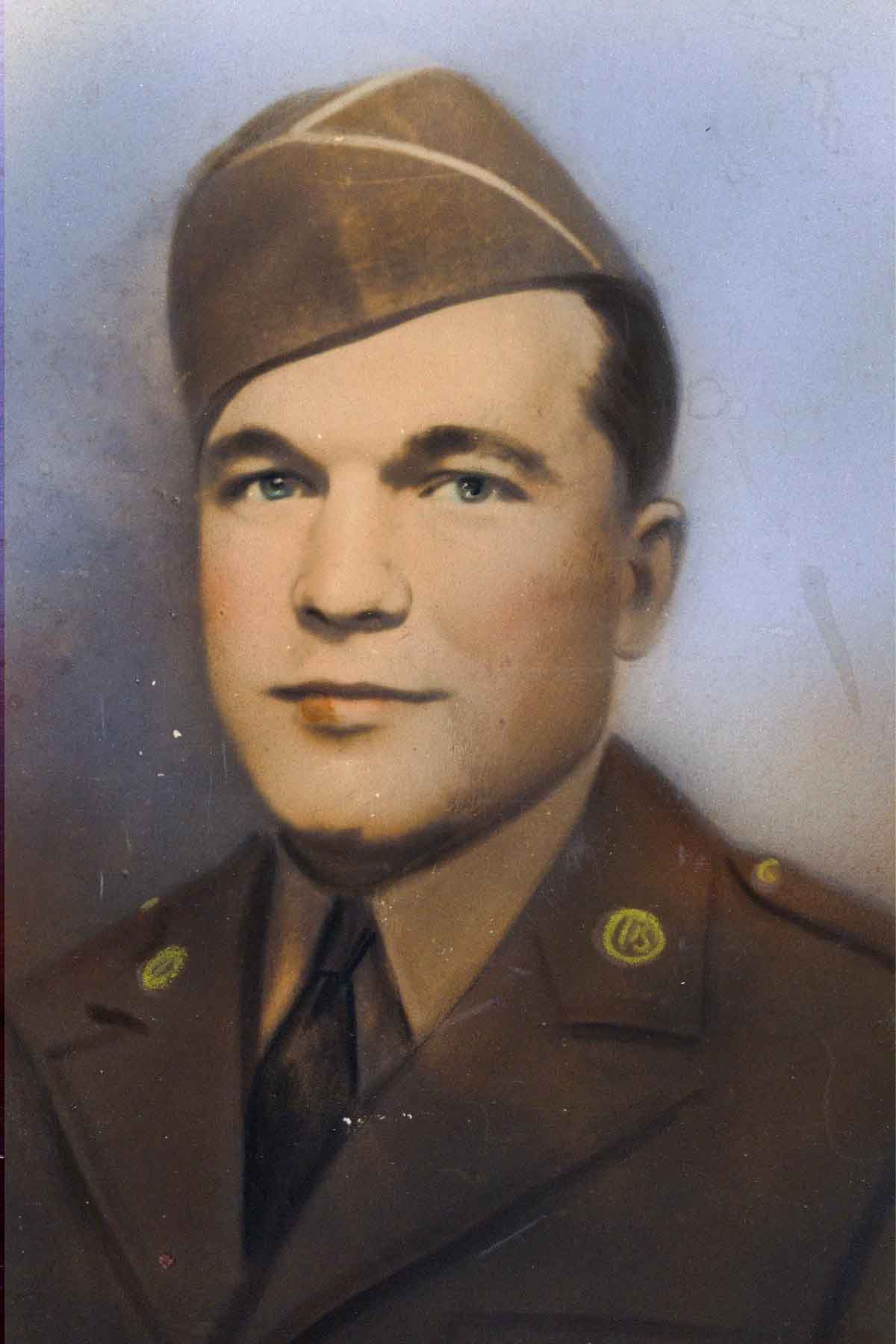 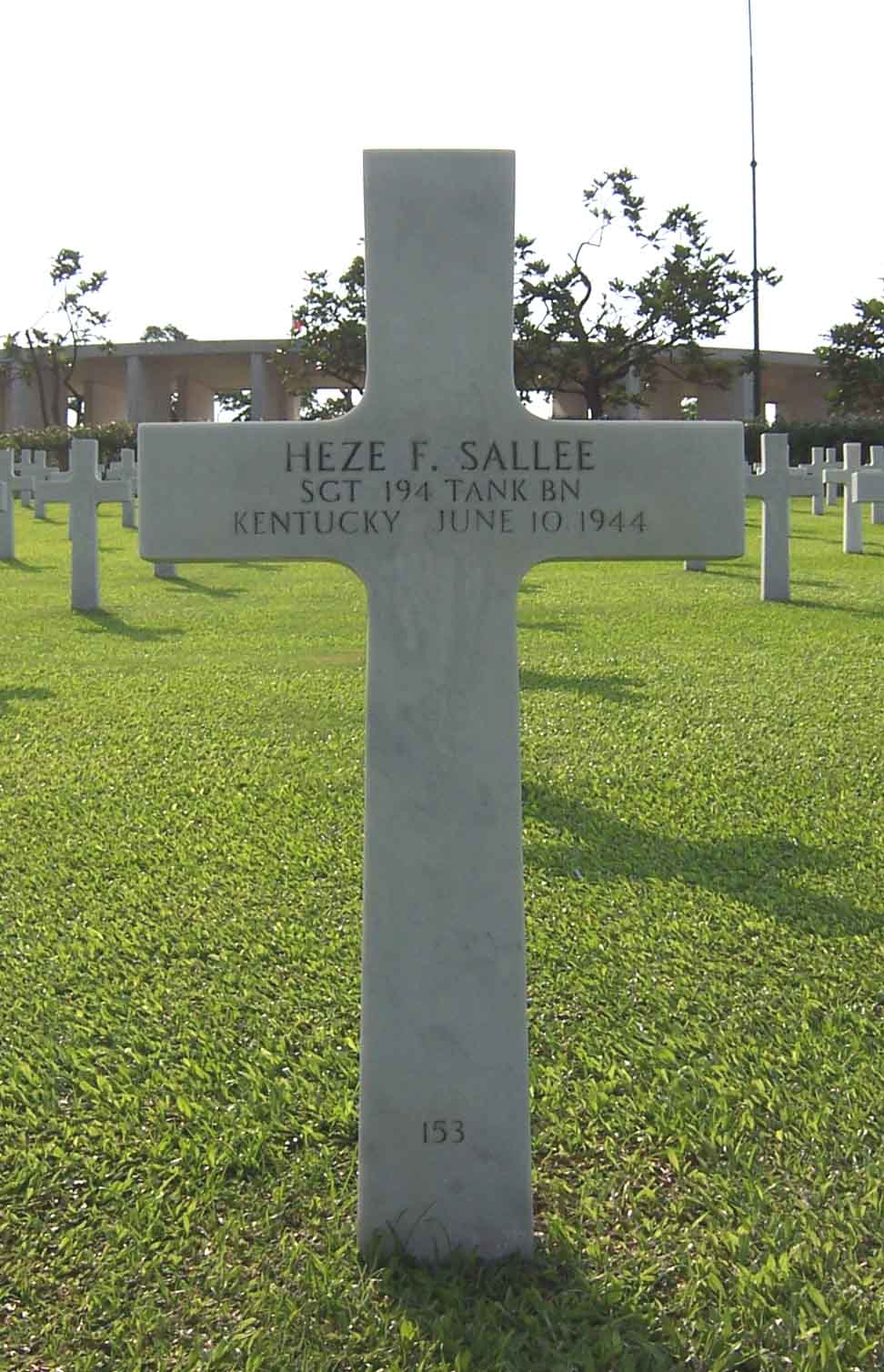