(NOTE: He has 2 “Find A Grave Memorials.")
#1.
“John Elmore Sadler
BIRTH, 14 Jul 1914, Elmwood Place, Hamilton County, Ohio, USA
DEATH, 23 Sep 1968 (aged 54), Kentucky, USA
BURIAL, Unknown
MEMORIAL ID, 145554007
John Sadler grew-up in Harrodsburg, Kentucky. With his brother, he joined the Kentucky National Guard. In December 1941, his brother and him were stationed in the Philippine Islands when Japan attacked Pearl Harbor. After four months of fighting the Japanese, he became a Prisoner of War and was held at POW camps in the Philippines and Japan.”

A native of Ohio, he was a member of the Burgin Baptist Church and was a veteran of the Bataan Death March in the Philippines during World War 11.

Sergeant John Elmore Sadler joined the Harrodsburg National Guard unit sometime before the activation with his brother Campbell. They escaped Bataan to Corregidor and was sent to the Malanta Tunnel. He later went to Fort Drum. When he was taken prisoner, he was eventually sent to Bilibid Prison and on to 31 Cabanatan #1.

He was put on a truck to be moved to another camp and was reunited with his brother. He was later returned to Cabanatuan #1 hospital. He was put on the Hell Ship Clyde Maru and sailed to Moji, Japan and Fukuoka #17 where he worked in a coal mine.

He ran out of the building he was in and saw a mushroom shaped cloud across the bay over Nagasaki. After a time, the men left the camp and made their way to the American troops. He was eventually flown to the Philippines and reunited again with his brother. John Sadler died on September 23, 1968. 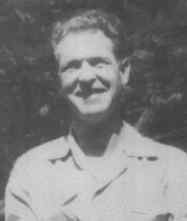 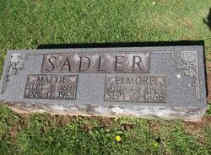