Joseph B. Million Staff Sergeant Joseph Baxter Million enlisted in the Harrodsburg National Guard unit at some time before they were activated in November 1940. He was taken prisoner on 9 April 1942. He survived the Death March. He was held at Camp O'Donnell, Cabanatuan #1, Batangas and Palawan Island. He died on 14 December 44 when he was burned to death during the Palawan Island Massacre. He remains were later returned to Jefferson Barracks National Cemetery, St. Louis, Missouri.

SSGT. Joe Baxter Million BIRTH, 30 Jun 1918, Mercer County, Kentucky, USA DEATH, 14 Dec 1944 (aged 26), Palawan Province, MIMAROPA, Philippines BURIAL, Jefferson Barracks National Cemetery, Lemay, St. Louis County, Missouri, USA PLOT, SECTION 85, SITE 14-66 MEMORIAL ID, 46931210 Joe B. Million was one of 139 American Prisoners of War who were burned to death by the Japanese on Palawan Island in the Philippine Islands. This was done to prevent them from being liberated by advancing American forces. He was a member of D Company, 192nd Tank Battalion. Palawan Massacre During World War II, in order to prevent the rescue of prisoners of war by the advancing allies, on 14 December 1944, the Japanese herded the remaining 150 POWs at Puerto Princesa into three covered trenches which were then set on fire using barrels of gasoline. As prisoners tried to escape the flames they were shot down. Some escaped by going over a cliff that ran along one side of the trenches, but were later hunted down and killed. Only 11 men escaped the slaughter and between 133 and 141 were killed. The site of the massacre can still be visited. The massacre is the premise of the recently published book "Last Man Out: Glenn McDole, USMC, Survivor of the Palawan Massacre in World War II" by Bob Wilbanks, and the opening scenes of the 2005 Miramax movie, "The Great Raid". Inscription SSGT, 192 TANK BN WORLD WAR II 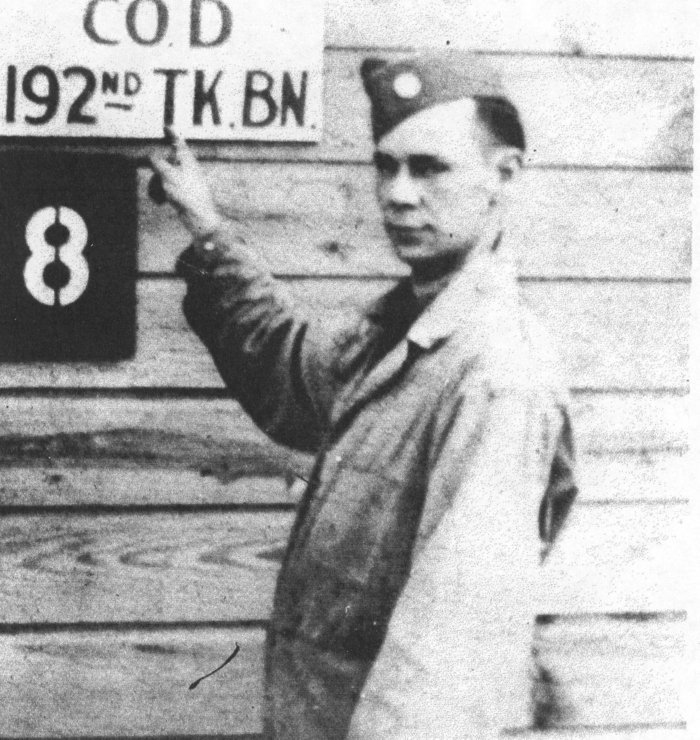 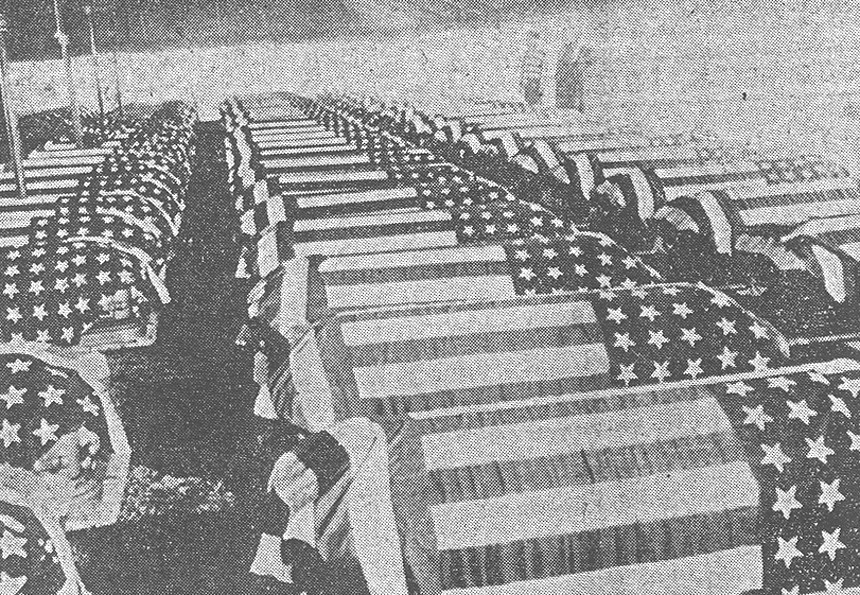