Ken joined the 38th Tank Company of the Kentucky National Guard in Harrodsburg. On November 25, 1940, he was called to federal duty when his tank company was called into the regular army at Fort Knox, Kentucky.

After training for nearly a year at Ft. Knox, Ken took part in maneuvers in Louisiana. It was after the maneuvers at Camp Polk, Louisiana, that the tankers learned that they were not being released from federal service as planned. Instead they were being sent overseas. Those 29 years or older were given the chance to resign from federal service. Ken traveled west by train to San Francisco. On Angel Island the tankers were given physicals and inoculations. Then they were boarded onto a transport sailing for the Philippine Islands.

On Thanksgiving Day, the 192nd arrived in Manila. They were taken to Ft. Stotsenburg. There, they were housed in tents along the main road between the fort and Clark Airfield. They spent the next two weeks loading ammunition belts and cleaning their guns. It was at this time that D Company was attached to the 194th Tank Battalion but remained under the command of the 192nd.

The morning of December 8, 1941, Ken and the other tankers were ordered to the perimeter of Clark Field. They were told that the Japanese had bombed Pearl Harbor ten hours earlier. Around 12:45 in the afternoon, while they were eating lunch, planes appeared in the sky. When bombs began exploding, they knew the planes were Japanese. For four months the tankers fought to slow the Japanese conquest of the Philippines. On April 8, 1942, over his tanks radio, he heard the order to surrender. It was after he saw the Japanese killing unarmed Filipinos and Americans that he made the decision to escape to Corregidor.

Ken and other members of D Company made their way along the coast. They confiscated a boat from Filipino fishermen. It turned out that the boat was too large for them to control, and they began drifting into the South China Sea. They reached a buoy and tied the boat to it. As they sat there, an American gun boat pulled alongside of their boat. The next morning the gunboat took them to Corregidor.

Ken remained on Corregidor for a month until the island surrendered on May 6, 1942. He remained on the island for two weeks disposing of the bodies of the dead. He was then taken by boat near Manila. He and the other Prisoners of War had to jump into the water and swim to shore.Once Ken and the other men were on shore, they were lined up and marched through to Manila to Bilibid Prison. They remained there until they were taken to a school house at Cabanatuan. He was then taken to Cabantuan #3.

Ken remained in Cabanatuan #3 for a year and a half. He recalled that there was not much food or water. The POWs food was prepared twice a day in five gallon tins. Illness was also a major problem in the camp; everyone was sick. He watched as members of his company became ill and died.

While he was at Cabanatuan, four POWs escaped from a barracks and were captured the next day. The Japanese tied the men to posts at the front of the camp. They put 2X4's between their legs to prevent them from standing up straight. After several days, they untied them and had them dig their own graves.

The POWs were made to stand in the open graves facing the rising sun. Each was given a glass of water and a half of a cigarette. Each man said, "God Bless America" another said "So long boys." They were then gunned down. The Japanese commander then walked up to each man and shot one bullet into each skull.

Ken was selected and sent to Japan with 480 other POWs. In Japan, he was taken to a camp near Osaka and worked in a steel mill. After a short time only 80 of the POWs were healthy enough to work. The Japanese even realized that they needed to feed the POWs better food and brought in two hogs for the 480 men.

Ken recalled that they really did not know how the war was going. "We didn't know the war was over until a Jap cooking detail got drunk on saki and let the cat of the bag." Not too long after the POWs learned that the war was over when American B-29's appeared over the camp and dropped food and clothing to them. It was the first real food the Ken had had in over three years. "It was like dope. We felt we could knock a building over eating all that good chow."

The POWs waited for three weeks after the food drop for liberation. They finally took the guns away from the guards and went into a town. There, they commandeered a train and went to Nagoya. Upon reaching Nagoya, they met American troops.

After Ken was liberated and declared healthy. He returned to Harrodsburg and married Sally Ann Tyler. He became a father (of an adopted daughter) and spent 28 years as a police officer. When asked if he would have changed anything about his military experience, he said, "I would never want to be in the same outfit again with my friends - people I'd eat chicken off the same bone with."

Kenneth Hourigan passed away on February 19, 2000.

Private Kenneth Mason Hourigan joined the Harrodsburg Kentucky National Guard unit sometime before it was activated in November 1940. He heard the order to surrender over the radio in his tank but were able to eventually make their way to Corregidor. He was taken prisoner on May 6 1942 and eventually taken by boat to near Manila and marched to Bilibid Prison and eventually on to Cabanatuan #3. He was later sent to Japan and a camp near Osaka and worked in a steel mill. He was sent to Nagoya #9 and worked as a stevedore on the docks of Iwase. He returned to Harrodsburg and became a police officer. He passed away on February 19, 2000.

He ... “spent 28 years as a police officer. When asked if he would have changed anything about his military experience, he said, "I would never want to be in the same outfit again with my friends - people I'd eat chicken off the same bone with." 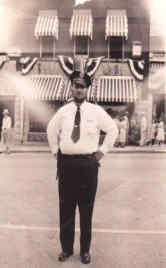 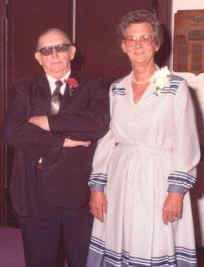 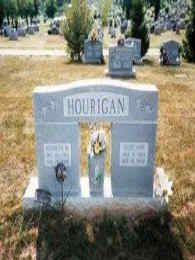