Marvin Taylor was a Kentucky National Guardsman called to federal service, in 1940, as a member of D Company, 192nd Tank Battalion. He was transferred to Headquarters Company. His unit was stationed in the Philippine Islands when Japan attacked Pearl Harbor.

After fighting the Japanese for four months, he became a Prisoner of War on April 9, 1942. He took part in the death march and was held as a POW in the Philippines and Japan.

(Suggested edit: Hi Again, Maybe you'd like to add this to Marvin's memorial. Thank you for your help and consideration. Carole Major):

Pvt. Marvin D. Taylor was born on February 21, 1923, in Graves County, Kentucky, to Raymond Taylor and Nora Cox-Taylor. With his one sister and two brothers, he grew upin Palmore, Kentucky. Marvin left high school after one year and worked as a sheet metal worker.

A draft act was passed in 1940 and Marvin knowing that it was just a matter of time until he would be drafted, enlisted in the Kentucky National Guard to fulfill his one year of military service. The tank had received orders that it would be federalized as D Company, 192nd Tank Battalion.

Marvin re-enlisted in the military on February 7, 1946, and was promoted to Staff Sergeant and assigned to work in the U.S. Army Recruiting Service. With his wife, he resided at 640 Adams in Memphis, Tennessee.

Private Marvin Dexter Taylor enlisted in the Harrodsburg National Guard unit sometime before it was activated in September 1940. He was taken prisoner on 9 April 1942. He was held at Camp O'Donnell, Cabanatuan where he worked in the Manila Port Area Detail. He was sent to Kamioka POW Camp in Japan and was liberated in September 1945. He died on 27 August 1947. 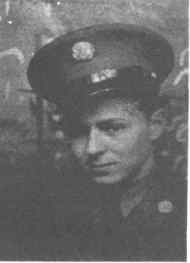 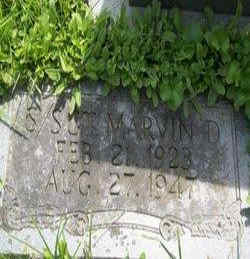