Morris Stanland Collier BIRTH, 15 Jun 1918 DEATH, 13 Jan 1993 (aged 74) BURIAL, Maple Grove Cemetery, Nicholasville, Jessamine County, Kentucky, USA MEMORIAL ID, 114033111Morris Collier was a member of D Company, 192nd Tank Battalion. The company was originally a Kentucky National Guard Tank Company from Harrodsburg. He was stationed in the Philippines when Japan attacked Pearl Harbor on December 7, 1941. On April 9, 1942, he became a Prisoner of War and took part in the Bataan Death March. He was held as a POW at Camp O'Donnell and Cabanatuan in the Philippines. Collier was sent to Japan on a Japanese "Hell Ship" and held at Omine Machi POW Camp. He remained there until he was liberated. Morris Collier, thank-you for your service in WWII. You were truly an unspoken hero. Thank-You for helping William Lee Peavler after his encounter with the Japanese soldier, who used a bayonet to injured his knee or leg. The family is grateful to You. RIP, You earned your rest.

Morris S. Collier Sgt. Maurice Stanland Collier joined the Harrodsburg unit before it was federalized in 1940. He was held prisoner in Cabanatuan and was put aboard the Hell Ship Canadian Inventor and was sent to Japan and worked in coal mining at Omine Machi. He was liberated in September 1945. He died 13 November 1993 in Nicholasville. 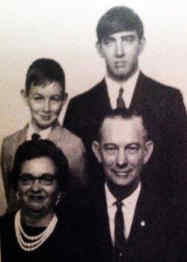 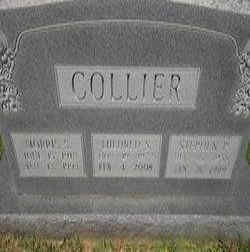