Ralph Stine was a member of D Company, 192nd Tank Battalion. He was stationed in the Philippine Islands when Japan attacked Pearl Harbor.After four months of fighting, he became a Prisoner of War and took part in the Bataan Death March. He was held in POW camps in the Philippines and Japan.

Private First-Class Ralph Lee Stine joined the Harrodsburg National Guard unit on December 5, 1939. He was taken prisoner in Mariveles on April 9, 1942. He was in a field hospital but was not moved for some two months when he was sent to Manila and worked on building runways. 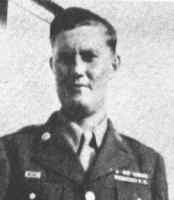