(Private First-Class Robert H. Brooks) “The first soldier killed in action in the Eastern Theater of Operations, United States Armored Forces in the Far East, was Private Robert H. Brooks from Scott County, Kentucky. Brooks was drafted into service at Cincinnati, Ohio, and processed at Fort Thomas, Kentucky, on 22 January 1941. He arrived at Fort Knox on 25 January where he was assigned to Company D. According to Maurice E. (Jack) Wilson, when the attack Robert H. Brooks on Clark Field occurred, Private Brooks was “sitting down in front of his tank looking up at the planes. As the bombs fell, the shrapnel cut the side of his face off and took part of his shoulder.” Major General Jacob L. Devers, Chief of the Armored Force, learning that Private Brooks was the first American casualty of the war, ordered the parade ground at Fort Knox named in honor of the deceased. A letter of condolence was sent to his parents, Mr. and Mrs. Roy Brooks, who were sharecroppers on a farm near Sadieville, in Scott County. Then the Army learned that the light-skinned Brooks was black and may have lied about his race when drafted. One member of Company D remembered thinking that Brooks was of Mediterranean descent. Had it been known that he was black, Brooks would not have been allowed to serve with the 192nd Tank Battalion as the armed forces were not yet integrated. Preparations for the dedication of Brooks Field were well underway when General Devers was informed that Brooks was black. He promptly ordered that no aspect of the arrangements be changed. In his speech at the dedication ceremony, General Devers stated: For the preservation of America, the soldiers and sailors guarding our outposts are giving their lives. In death there is no grade or rank. And in this, the greatest Democracy the world has known, neither riches nor poverty, neither creed nor race draws a line of demarcation, in this hour of national crisis.” ...

PVT Robert H. Brooks BIRTH, 8 Oct 1915, Sadieville, Scott County, Kentucky, USA DEATH, 8 Dec 1941 (aged 26), Angeles, Pampanga Province, Central Luzon, Philippines BURIAL, Manila American Cemetery and Memorial, Manila, Capital District, National Capital Region, Philippines PLOT, Plot D, Row 2, Grave 4 MEMORIAL ID, 56764686 Pvt. Robert Brooks was drafted into the U.S. Army, while living in Ohio, and sent to Fort Knox, Kentucky, for basic training. He was assigned to D Company 192nd Tank Battalion since he was born in Kentucky. On December 8, 1941, he was killed during the attack by the Japanese on Clark Airfield in the Philippines. Brooks was the first American tank crew member to die in World War II. The main parade ground at Ft. Knox, Kentucky, was named after him on December 24, 1941. It was just before the dedication of the parade ground, in his honor, that it was discovered he was an African-American who had been assigned to a White army unit. The commanding general at the base stated his color was insignificant. In 2011, a new, more prominent, memorial marker was placed at Brooks Field. The original marker is now on display at the Patton Museum at Ft. Knox. For more information, go to: www.bataanproject.com/brooks.htm ” 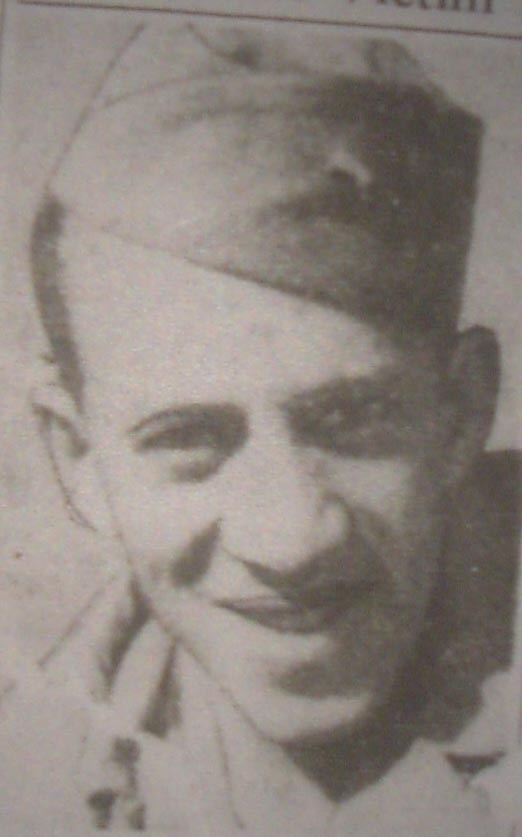 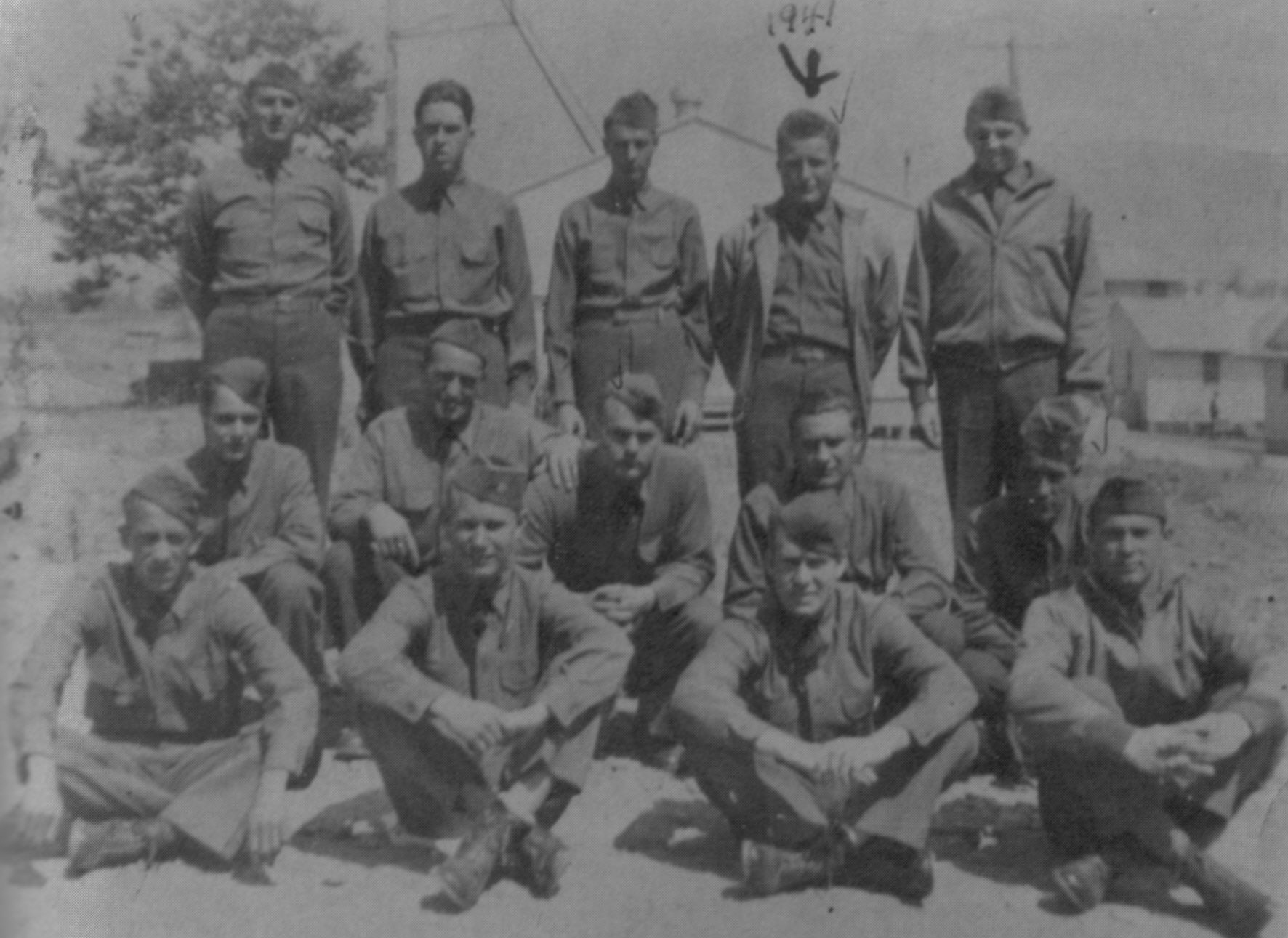 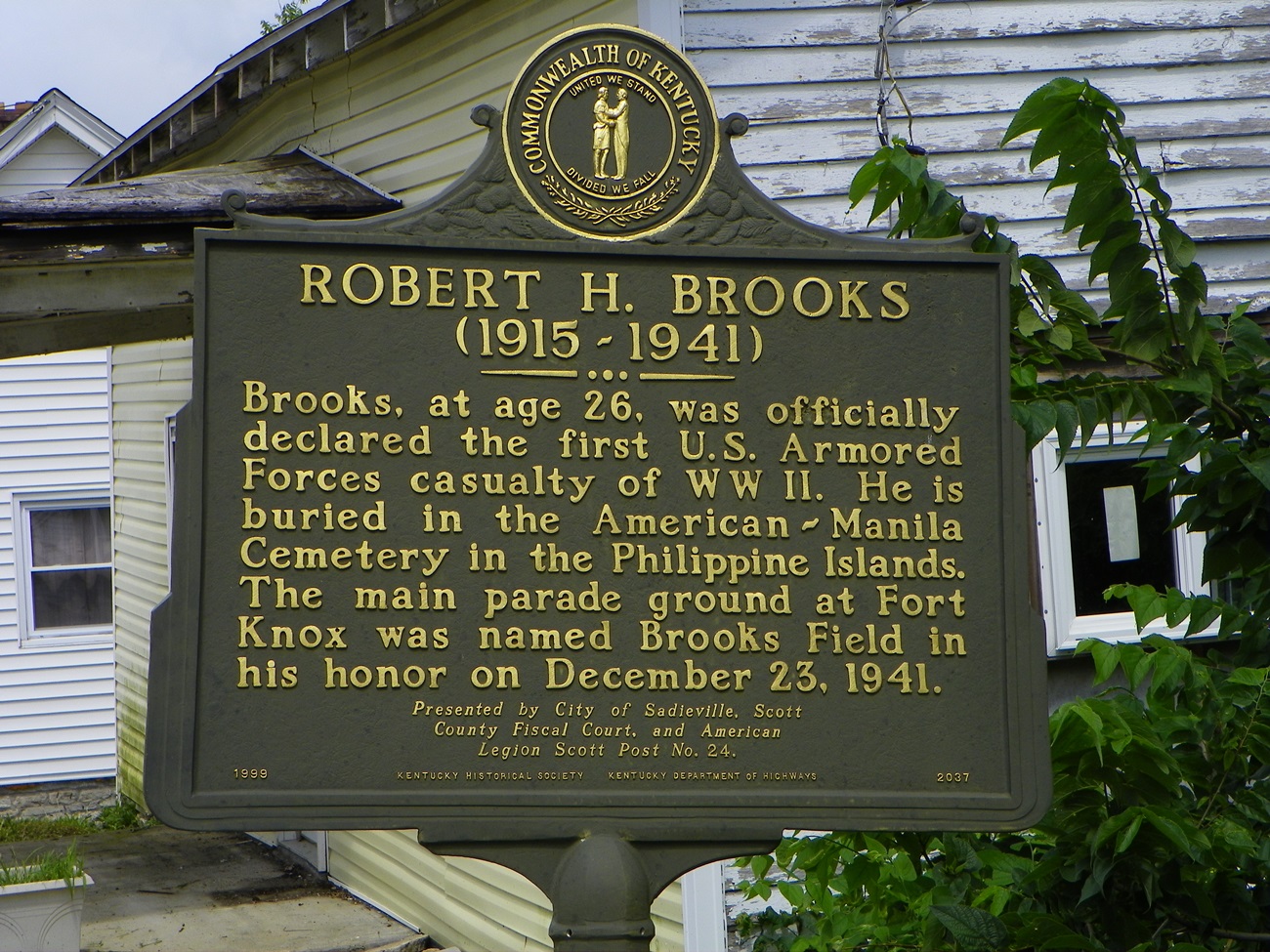 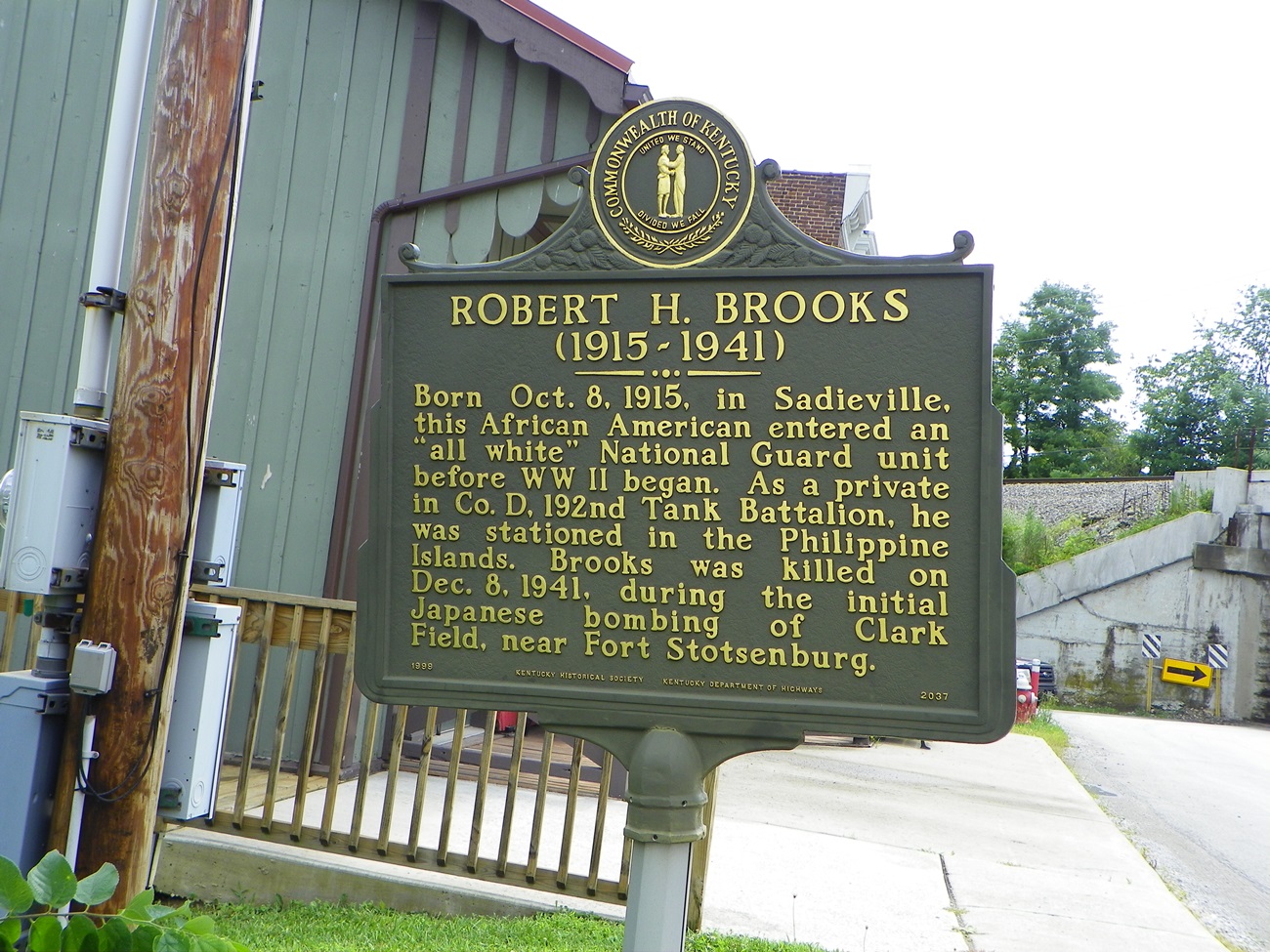 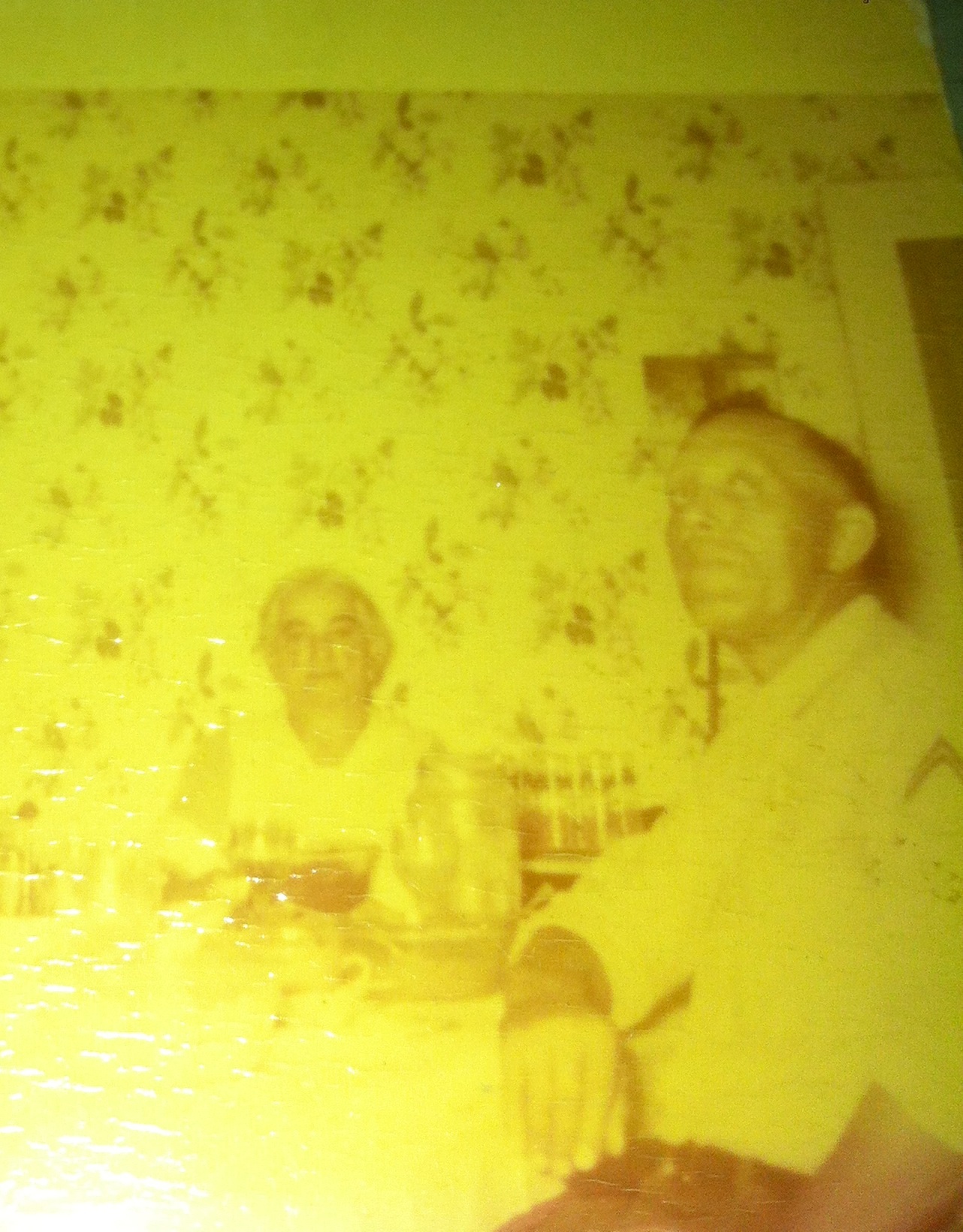 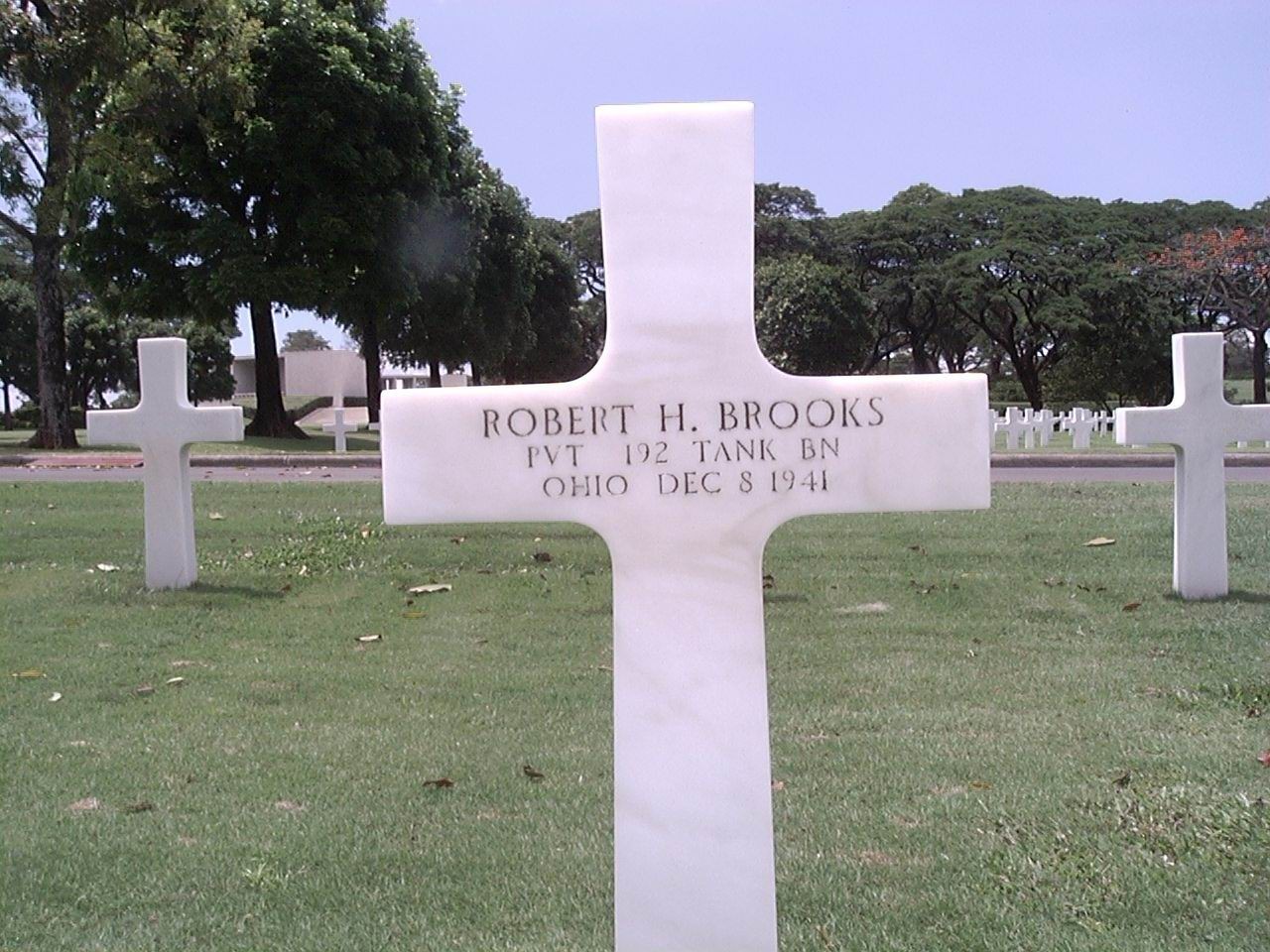