Willard Emmal Foster Private Willard Emmal Foster joined the Harrodsburg National Guard unit some time before they were activated in November 1940. He was taken prisoner on 9 April 1941 and survived the Death March. He was held at Camp O'Donnell and Cabanatuan #1. He died of dysentery on 1 June 1942.

Pvt Willard Ermal Foster BIRTH, 27 Dec 1923, Mercer County, Kentucky, USA DEATH, 1 Jun 1942 (aged 18), Philippines BURIAL, Manila American Cemetery and Memorial, Manila, Capital District, National Capital Region, Philippines MEMORIAL ID, 56760332 Willard's parents were Arthur and Eva Gladys Chilton Foster, and his siblings were Lorraine, Caldwell, and Maxine Foster. Willard enlisted in the Kentucky National Guard on 20 May 1940 and his unit was federalized into the U.S. Army, 25 Nov 1940, in Harrodsburg, Kentucky. He trained at Fort Knox and then Camp Polk before shipping out to the Philippines shortly before the Japanese invasion. He fought in the battles for Luzon and Bataan before being ordered to surrender and surviving the Bataan Death March. He was imprisoned at Camp O'Donnell and Cabanatuan #1 before dying of dysentery. Gravesite Details Entered the service from Kentucky. 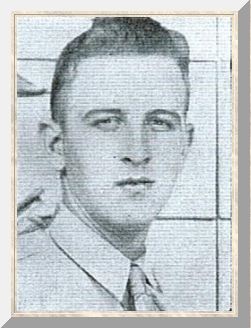 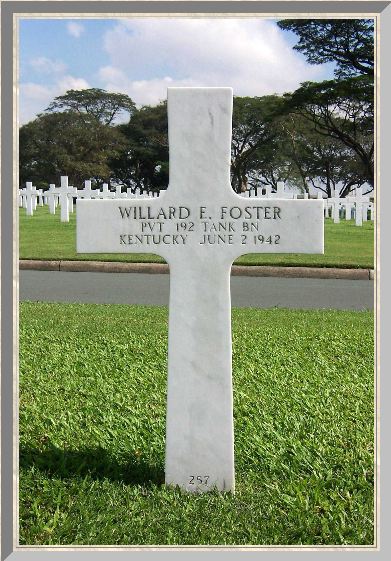