He was “a retired laborer”

William Lee Peavler (1917-1978) was the son of Willie J. and Omie Camden Peavler. He was born in a log cabin in Washington Co. KY and died March 4, 1978 at Haggin Memorial hospital while on the operating table for emergency appendicitis surgery. William Lee served in Kentucky National Guard and U.S. Army during World War II. He was held as a Prisoner of War from April 1942 to 1945.

He was a member of 192nd Tank Battalion Unit under the command of Capt. Edwin Rue. The military unit was captured after the Battle of Bataan in the Philippines and was held by the Japanese until the end of the war. During the march William Lee was injured in the knee by a Japanese soldier for no known reason except he was walking to slow. Everett Collier, a fellow soldier in the 192nd acted as a medic and bandage the wound saving his life. In 1945 when the war was over, William Lee was located in POW camp in Japan.

William Lee married Emogene Holderman in 1946 and became the proud father of several children including the following: Frances, A.J., W.T, Henry, Herbert, Arlen, and Condit. One son, Randall preceded him in death and was buried at Spring Hill cemetery. He was survived by his father. J. Peavler, of Harrodsburg, 3 sisters, Ella, Ovie, and Jewell, all of KY and brothers, J. T. of Missouri, Marshall of Texas.

Private First-Class William Peavler joined the Harrodsburg National Guard unit some time before the activation in November 1940. He was taken prisoner on 9 April 1942 and survived the Death March. He was held at Cabanatuan and Bilibid Prison. He worked in sugar cane in Formosa before being sent to Japan aboard the Hell Ship Hokusen Maruand Melbourne Maru to Moji, Japan in January 1945 to Sendai Camp #3 where he worked in lead and zinc mining. He was liberated on 12 September 1945. He died on 4 March 1978. 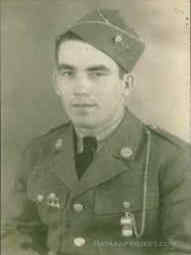 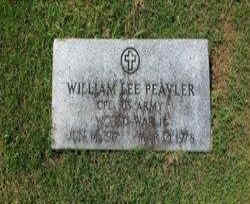 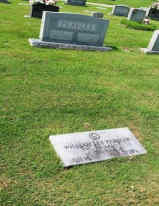