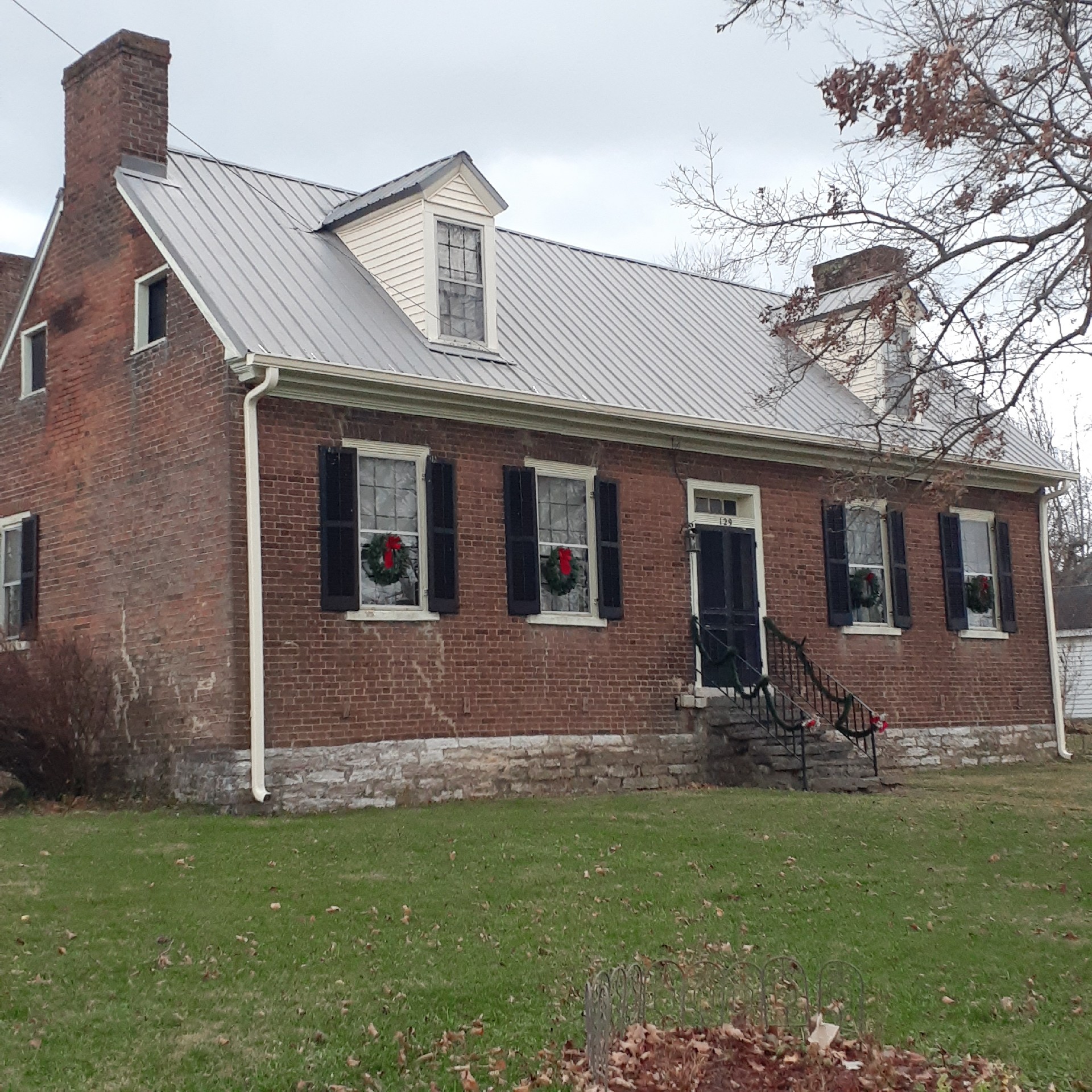 Archibald Woods moved to Harrods Fort from Botetourt County, Virginia, c.1775. Until he built Woodsland, Woods and his family lived in two log houses. Indians burned the first log house and the second was a temporary home until a new residence could be built. On December18, 1819, Woods purchased four acres from Richard Fairman and subsequently built the 1.5 story brick, center hall passage dwelling. All the materials used in building the house, including the stone foundation, came from the Woods' property. Woodsland is significant example of early nineteenth century Federal vernacular architecture that up until the 1980 has the distinction of being continually occupied by the same family since its construction.