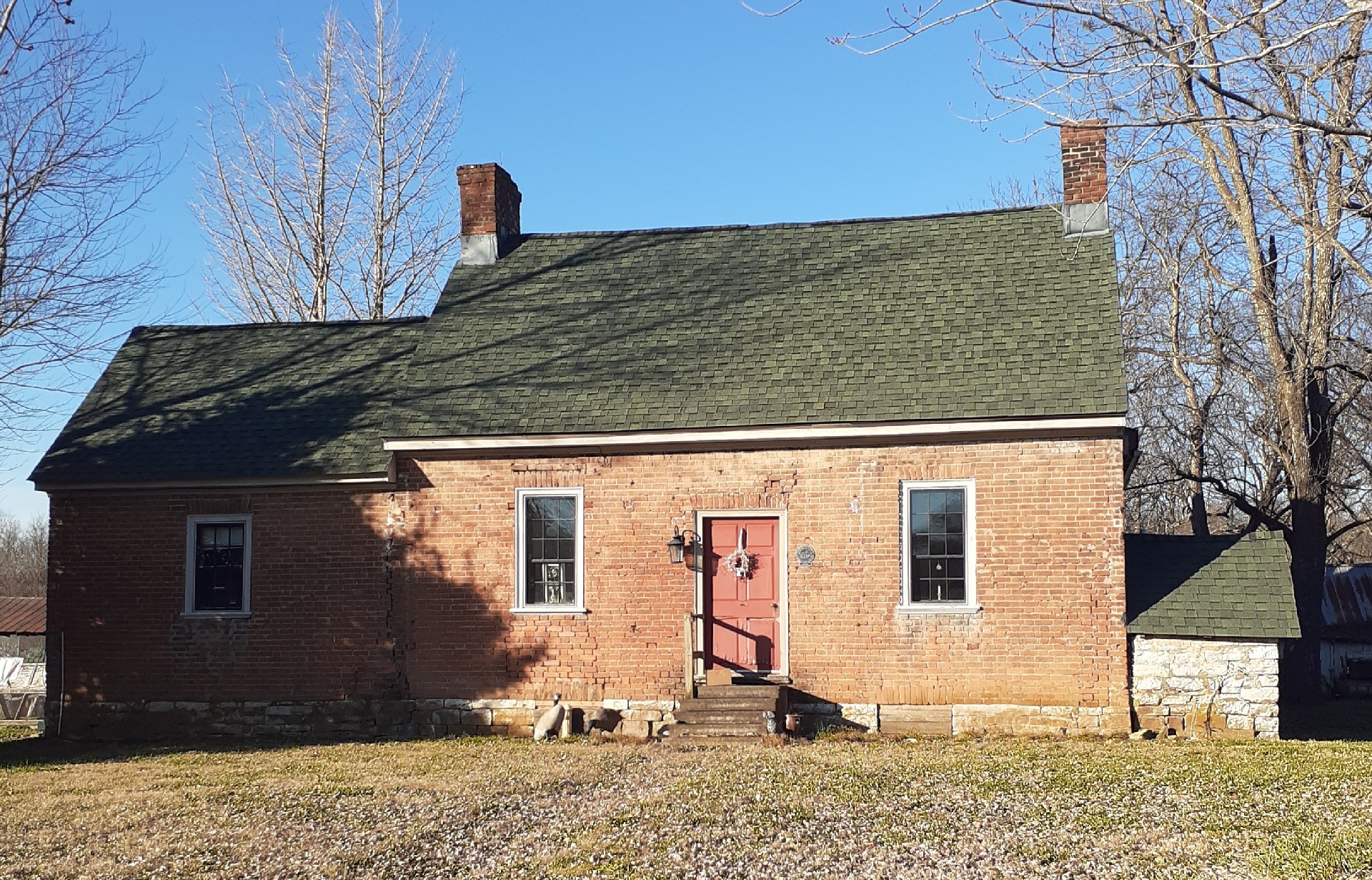 The Daniel house is approximately twelve miles northeast of Harrodsburg and is located on what was originally a 500-acre tract of land sold by Robert Pogue to Benjamin Daniel in 1808. Based upon the plan and method of construction, there is a strong likelyhood that the house predates the 1808 transaction by 8 to 10 years. The Daniel house is a well-preserved example of a late eighteenth century house and is one of the earliest known brick buildings in Mercer County. It appears that few major changes were made to the structure until the early twentieth century and these were additions to rather than alterations of the original structure. The house remains as an especially clear illustration of the late eighteenth century hall-parlor plan containing much of the original woodwork. The four acre property also includes a stock barn, a tobacco barn, henhouse, feed shed, two work sheds, a smokehouse, a springhouse, and a nineteenth-century family cemetery.