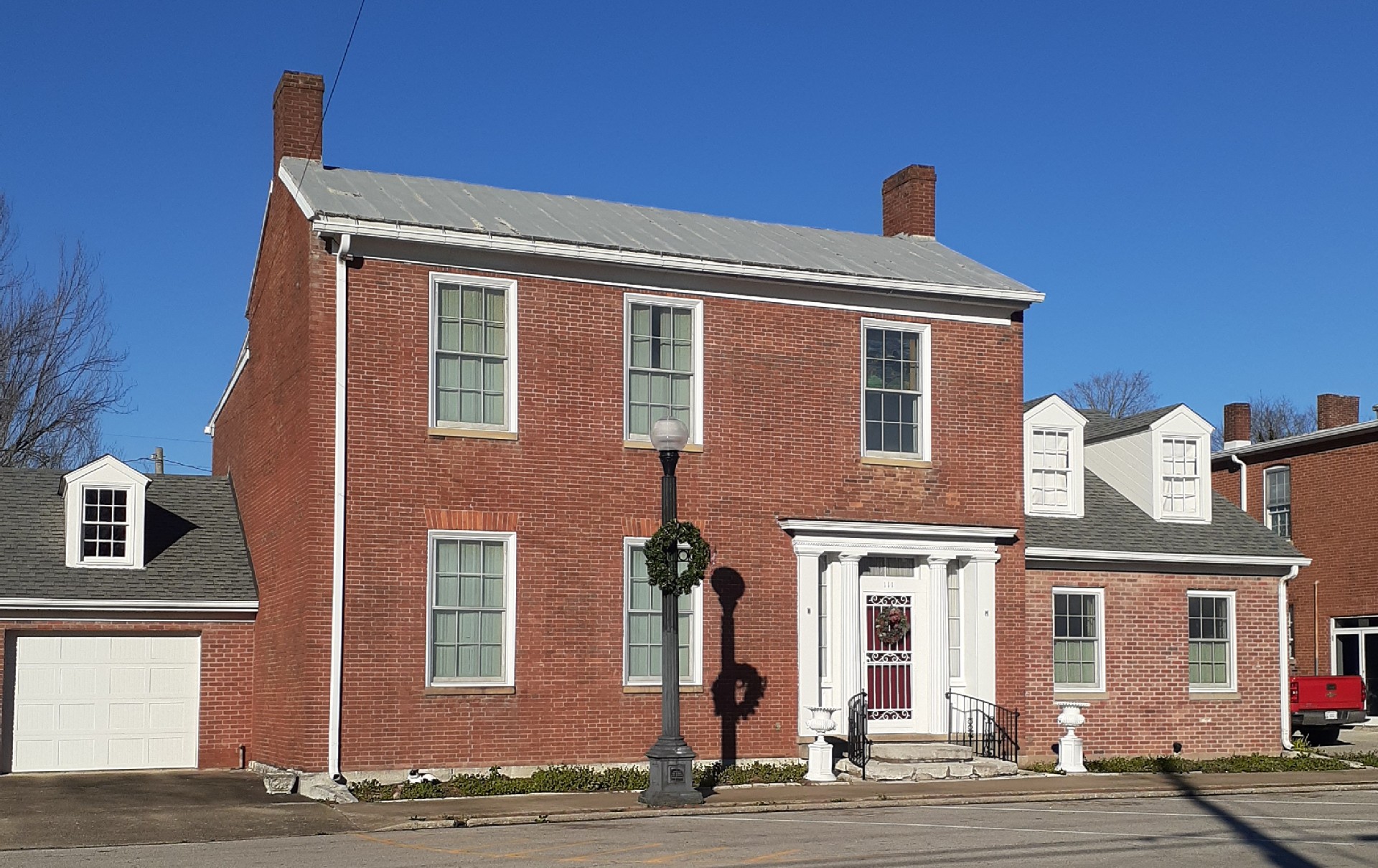 Benjamin Passmore bought the property in 1843, probably because it adjoined his blacksmith's shop. Later owners used the house as a warehouse and its condition deteriorated. Built in 1852, it has a side passage plan, which is flanked on each level by a single room. The passage led to a frame ell at the rear of the house that was removed during renovation in 1960. The original interior woodwork has been retained and features drip moldings around the doors and wide baseboards.