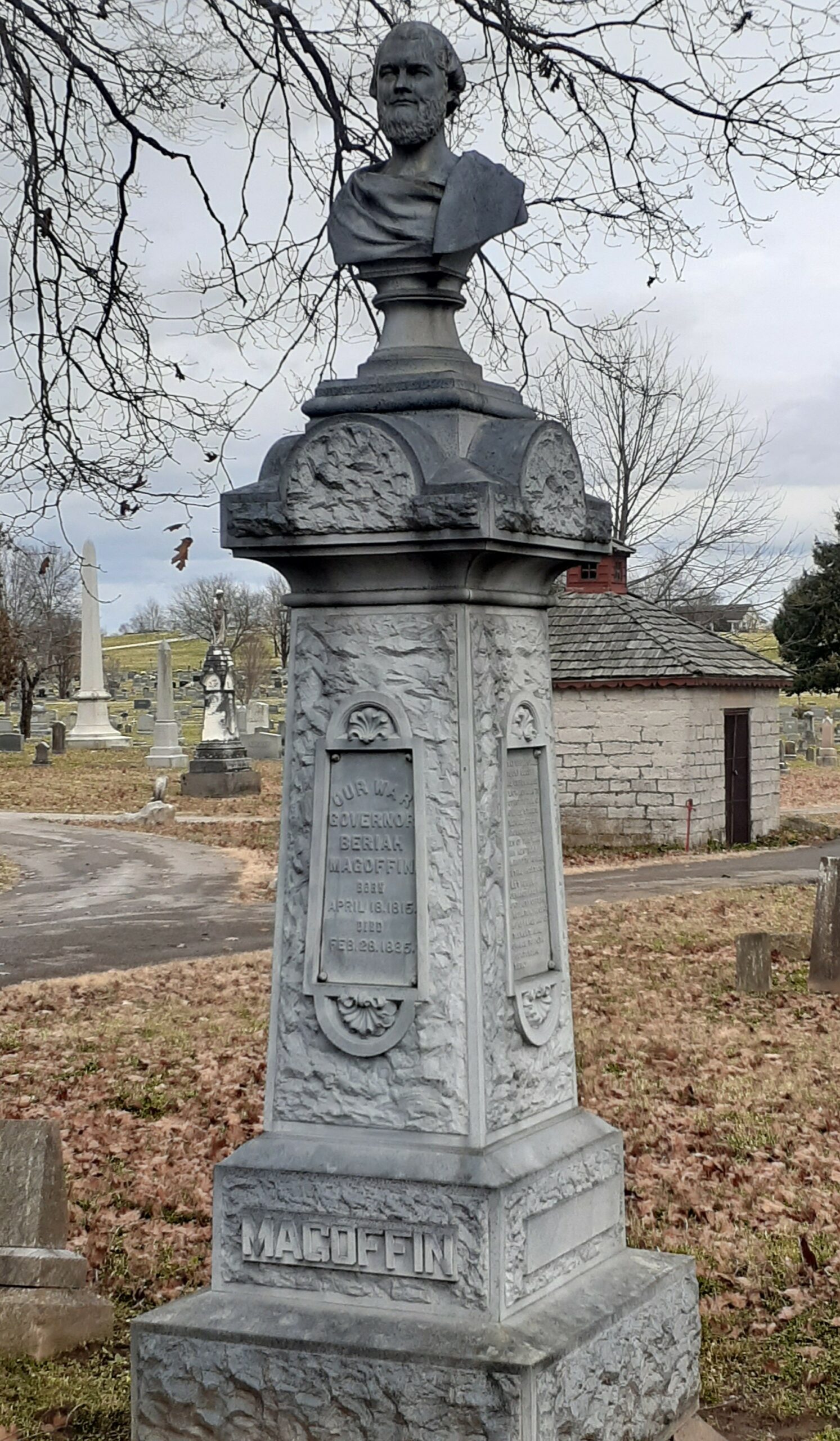 The Beriah Magoffin Monument in Harrodsburg is a cast zinc monument approximately ten feet tall that consists of two parts, a base and a bust. The monument was erected ca.1900. Though it was placed in a cemetery, it does not evoke mourning or sadness. This monument is a tribute to Magoffin and his stand in the early days of the Civil War. When President Abraham Lincoln called for troops to crush the rebellion, Magoffin refused and declared Kentucky neutral. The inscriptions on the monument justify Magoffin’s actions. The monument, which is made of zinc, was probably erected 15 to 20 years after his death at a time when justifying/celebrating the “Lost Cause” and Kentucky’s role in the Civil War was part of the monument building process.