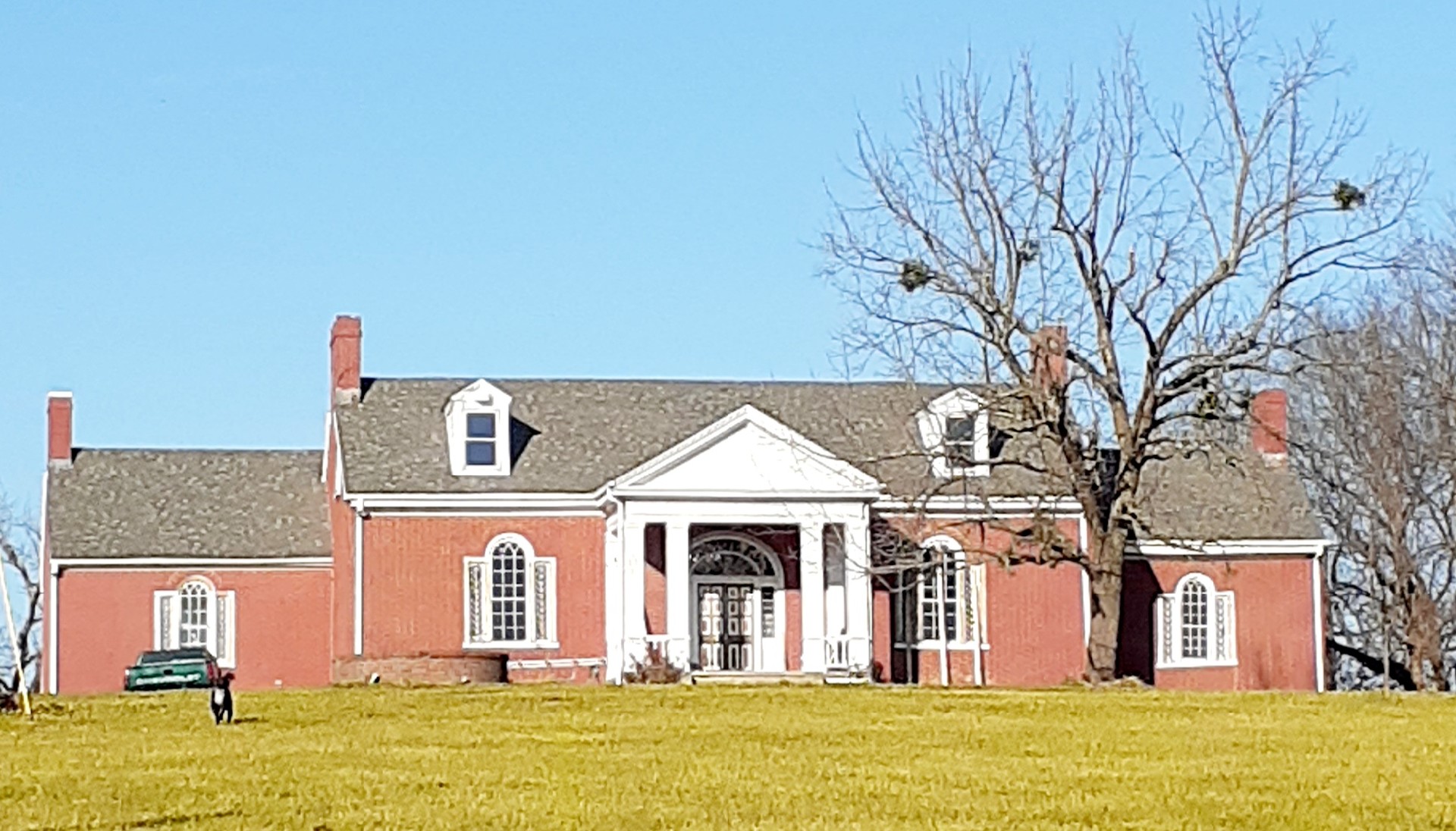 Burford Hill, built in 1820, is significant as it shows how Mercer County builders chose to ornament a single-pile central passage plan with elements of the Federal style such as a fanlight over the central door, Flemish bond brickwork, reeded window and doorframes, and beaded chair rail. There is a one-room brick kitchen with a large fireplace at the rear of the house. Today the kitchen wing adjoins the house by a frame passage. Judge John L. Bridges, who had married a daughter of Governor John Adair, built the house. He also represented Mercer County in the legislature from 1817-1820. After several owners, the house was sold to Thomas Daniel Burford in 1862, and became known as “Burford Hill”.