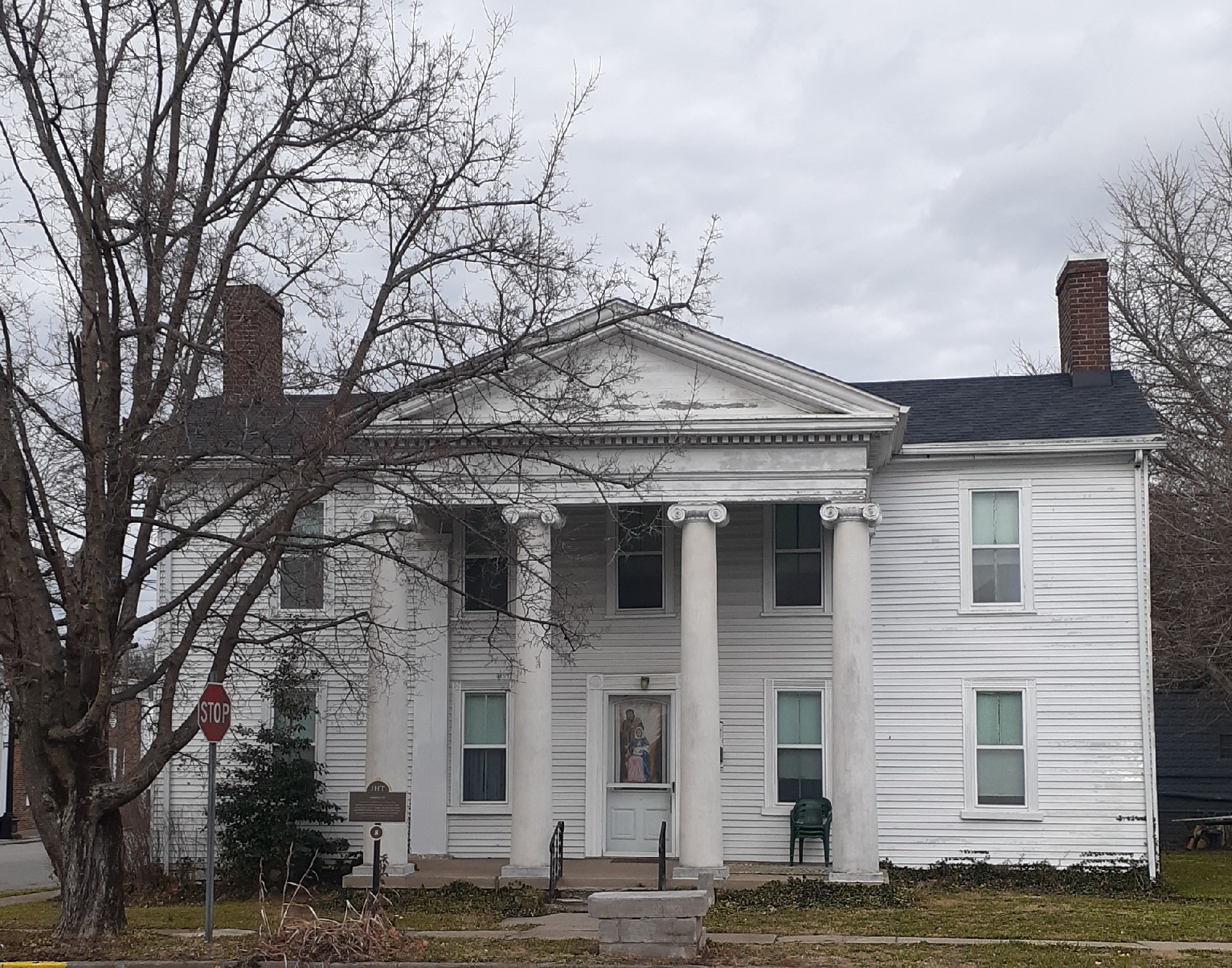 Cardwellton stands on one of the original in-lots of Harrodsburg, as an unusual example of an early house that has been altered several times, having both Federal and Greek revival characteristics. The nucleus of the present structure is a very early log house, which may date from before 1786. The main block, probably built about 1820, has a Federal character with fine carved details. The early Greek Revival Ionic portico was added most likely in the 1830s.