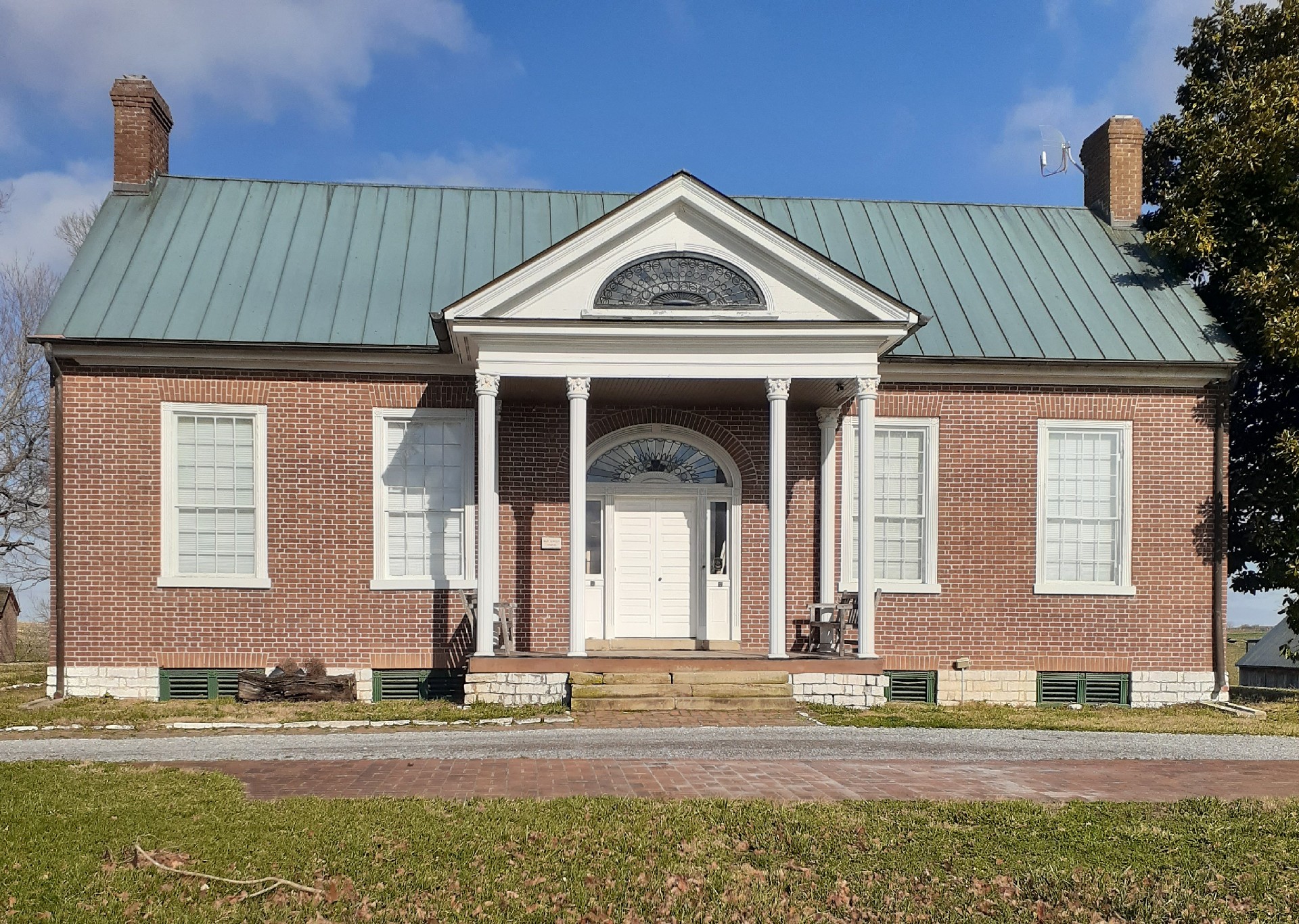 The Bowman House, also known as Bellevue, is made of two brick units built at different times. Bowman built the earlier unit about 1800 on the hall-parlor plan. Upon his death in 1825, he left the house and farm to his cousin, also named John Bowman. The second John Bowman built the later section of the house in front of the existing section and connected it to the main part of the house by means of an ell. At the time of the acceptance into the National Register, there were two smaller brick outbuildings; an outhouse and carriage house about the same age as the house.