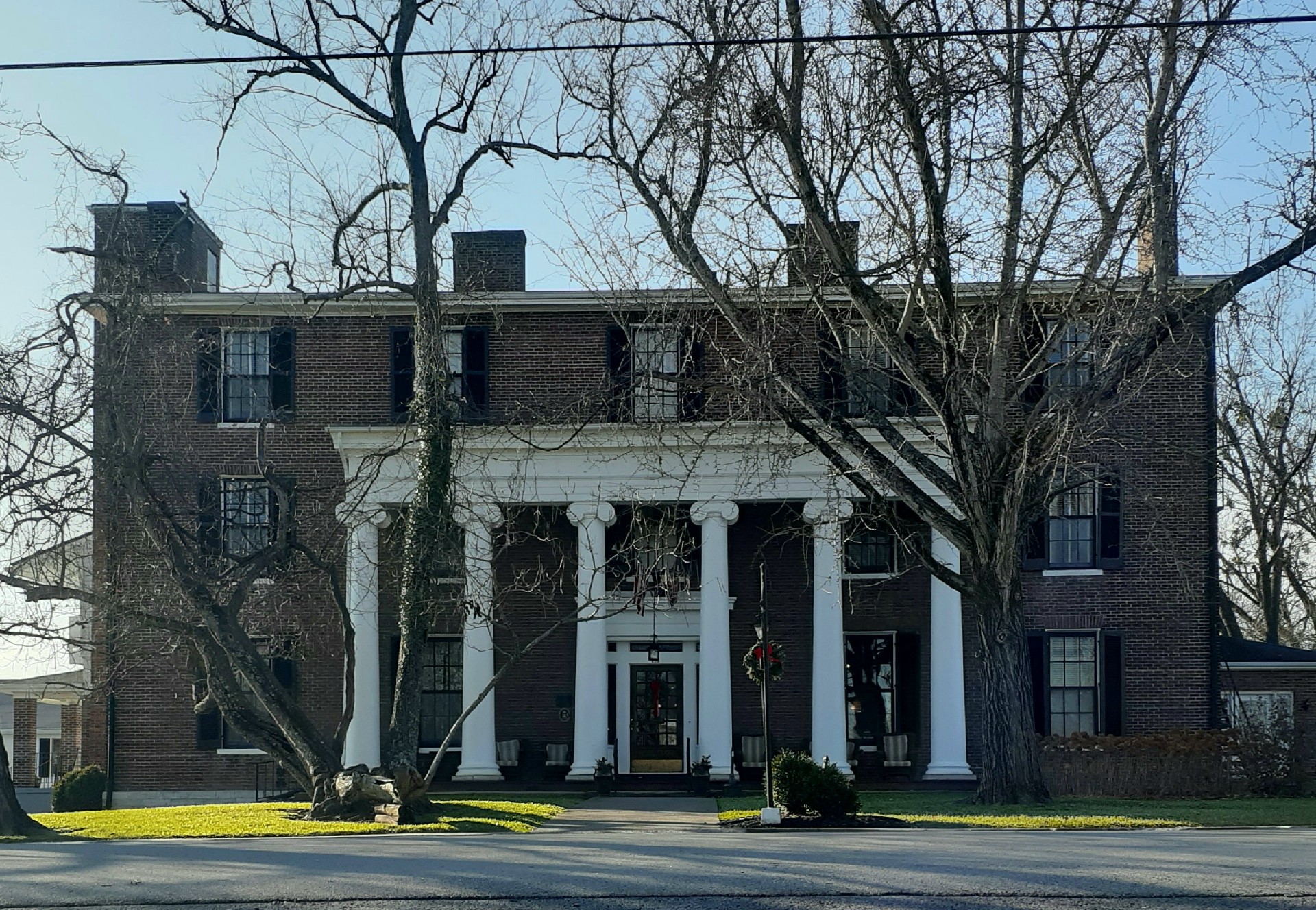 This Late Greek Revival structure (c.1851) that has functioned since 1919 as Beaumont Inn, a popular hotel and restaurant, achieved its greatest distinction in the second half of the nineteenth century as Daughters College. Originally known as Greenville Springs, a spa, the grounds had also been the sight of Greenville Institute. After the Greenville Institute burned, Dr. C.E. Williams and his son purchased it in 1856. Later that year, the younger Williams established Daughters College and served as its president until 1892. Daughters College was one of the few female colleges established in the late nineteenth century in Kentucky that offered women a curriculum similar to the men’s colleges. The school reopened in 1894 as Beaumont College, but lacked the endowment for significant expansion and ceased to operate in 1916. In 1917, two graduates purchased the property, one eventually buying out the other. In 1919, the Beaumont Inn was opened. It is still owned and operated by her descendants.