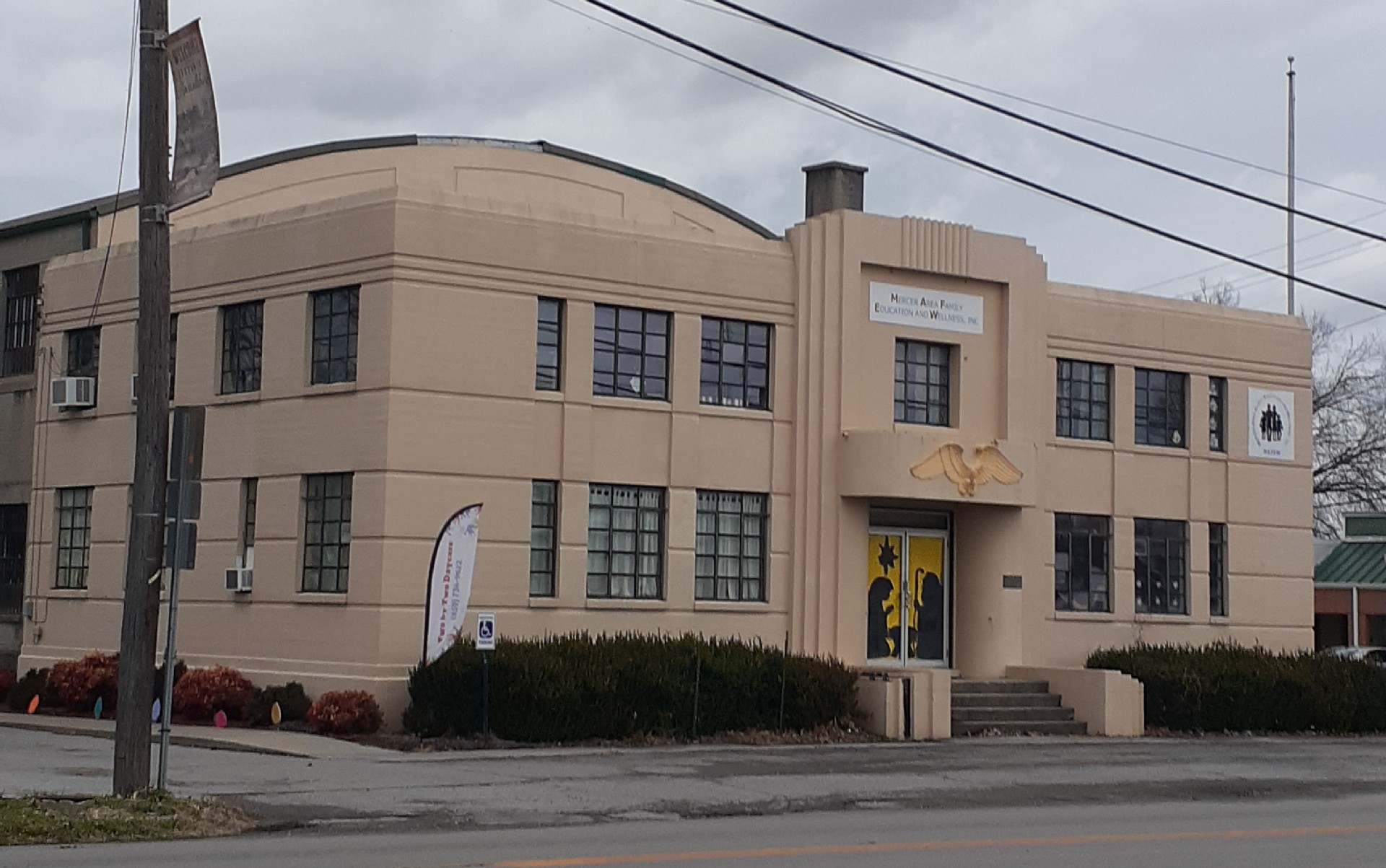 The Harrodsburg Armory is one of eight armories built by the Works Progress Administration between 1941-1942, and is one of six poured concrete armories in the state designed by Louisville architect Edd R. Gregg. Many of the original features and materials used in the construction of the building are intact, and the design of the building is the same as when it was constructed. The armory was used by the National Guard until 1977, when it was donated to the City of Harrodsburg after a new armory was built on the outskirts of town. Since it was donated to the city, the building has functioned as a YMCA, offices for the local water company, and offices for the Disaster Emergency Service.