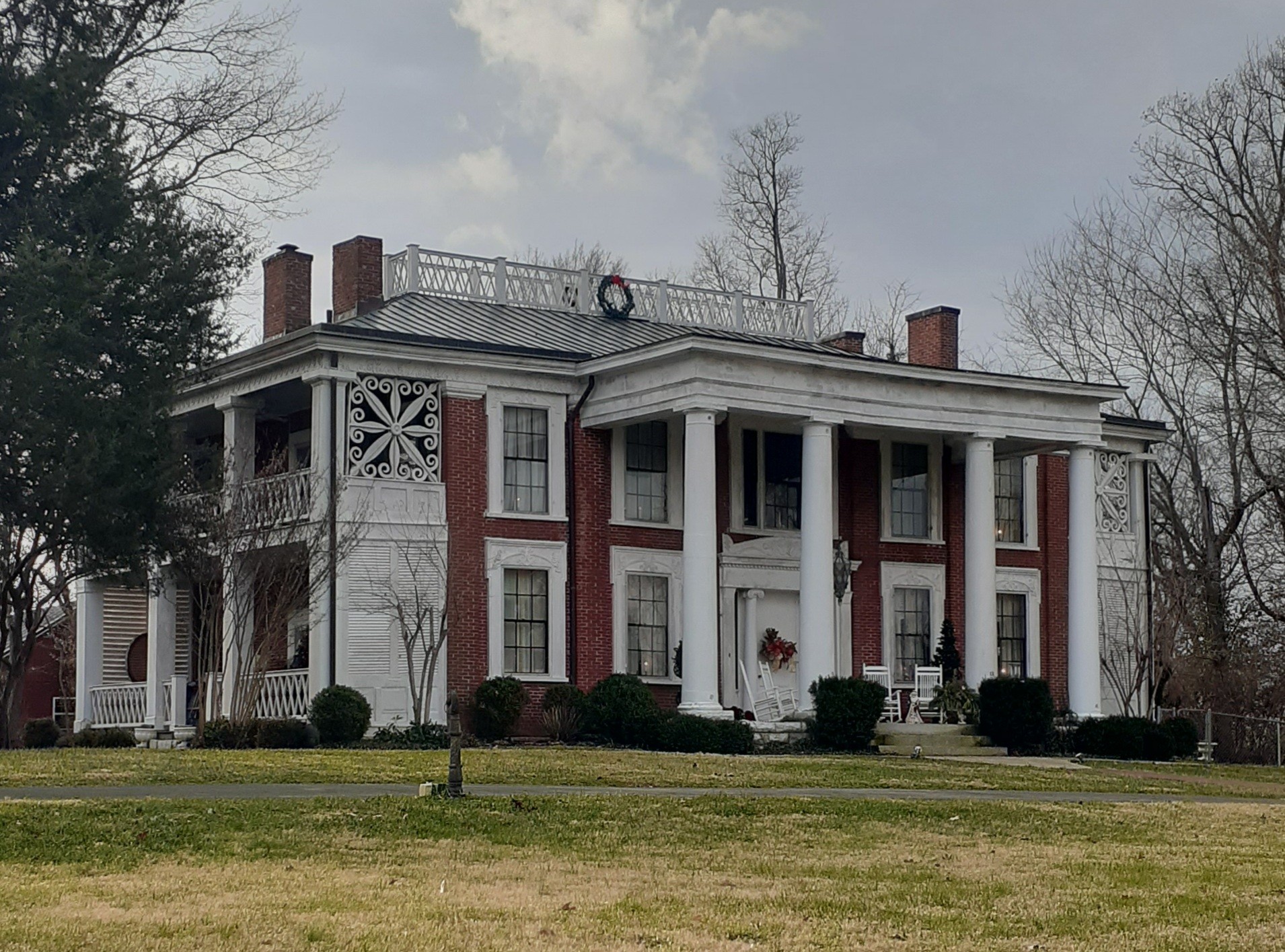 Called “Honeysuckle Hill” at the time of its construction by Dr. Guilford Runyon between 1840 and 1843, this house has been known as “Fair Oaks” since 1903. Dr. Runyon, an orphan, grew up as a Shaker but was expelled from the community in 1839 when he announced that he planned to marry Miss Kitty Ferrell of New Orleans. He came to Harrodsburg to begin construction of the house, but Miss Ferrell died of cholera before the wedding. Dr. Runyon lived in the house with his two sisters until his death in the 1850s. This house is one of several highly sophisticated expressions of Greek Revival architecture built in Harrodsburg during the second quarter of the nineteenth century. The design is a unique embodiment of the pretentious Greek house, utilizing traits from both the regional model and a reputed New Orleans antecedent. Equally important is the turn-of-the-century colossal portico.