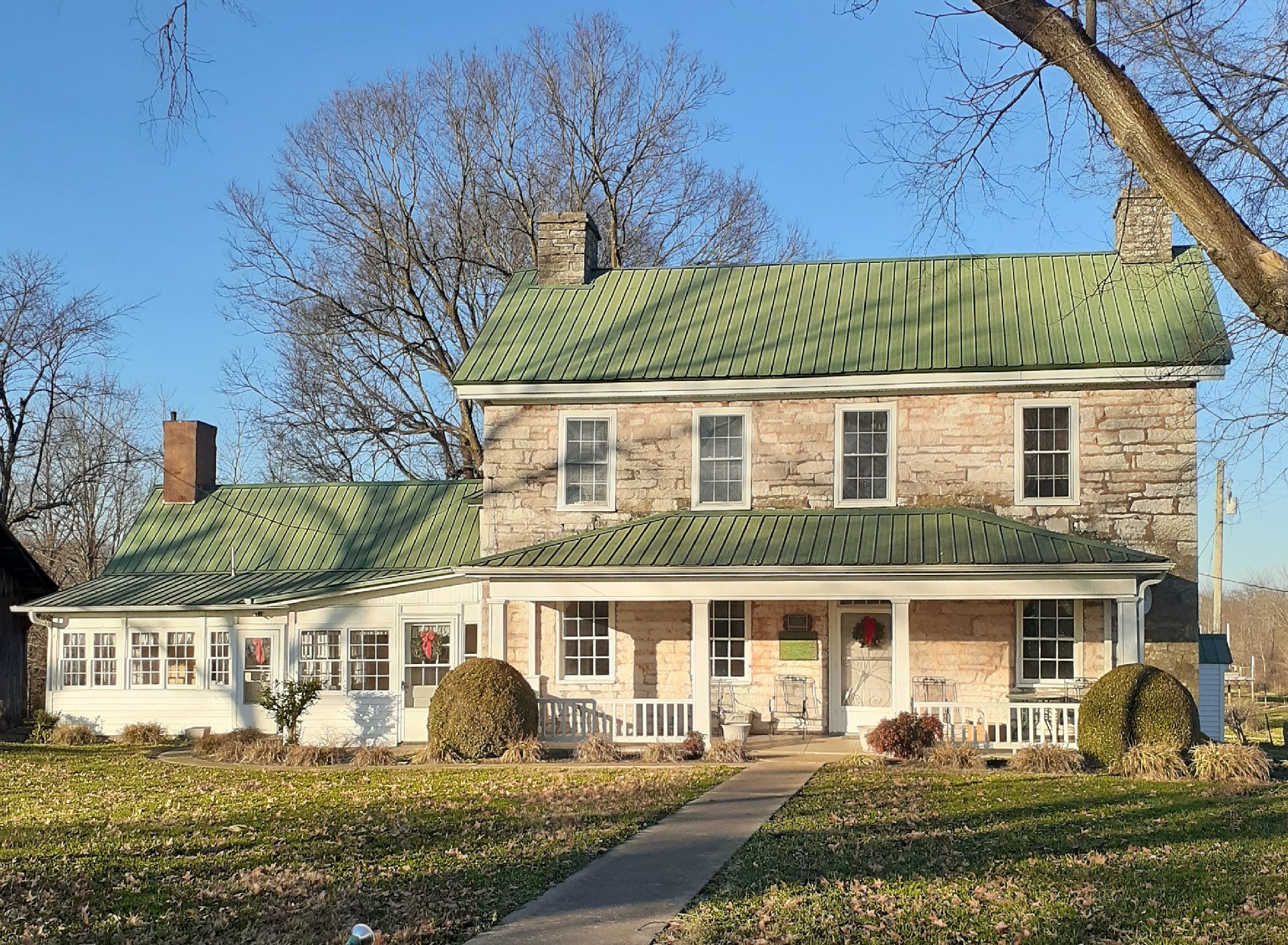 James McAfee, who built this stone house, came to Kentucky from Virginia in 1773 with the McAfee Company to explore and clear land. The McAfees built a stockade station that was used as a refuge by settlers in the region during times of Indian attack. Before the end of the century, the house, modeled after the family home in Ireland, was built northeast of the station. The house has a two story, four bay hall-parlor plan. The rear of the house has a gable roof that extends to cover two additional rooms, one stone, one frame placed side by side. A brick wing is attached to the west side of the house.