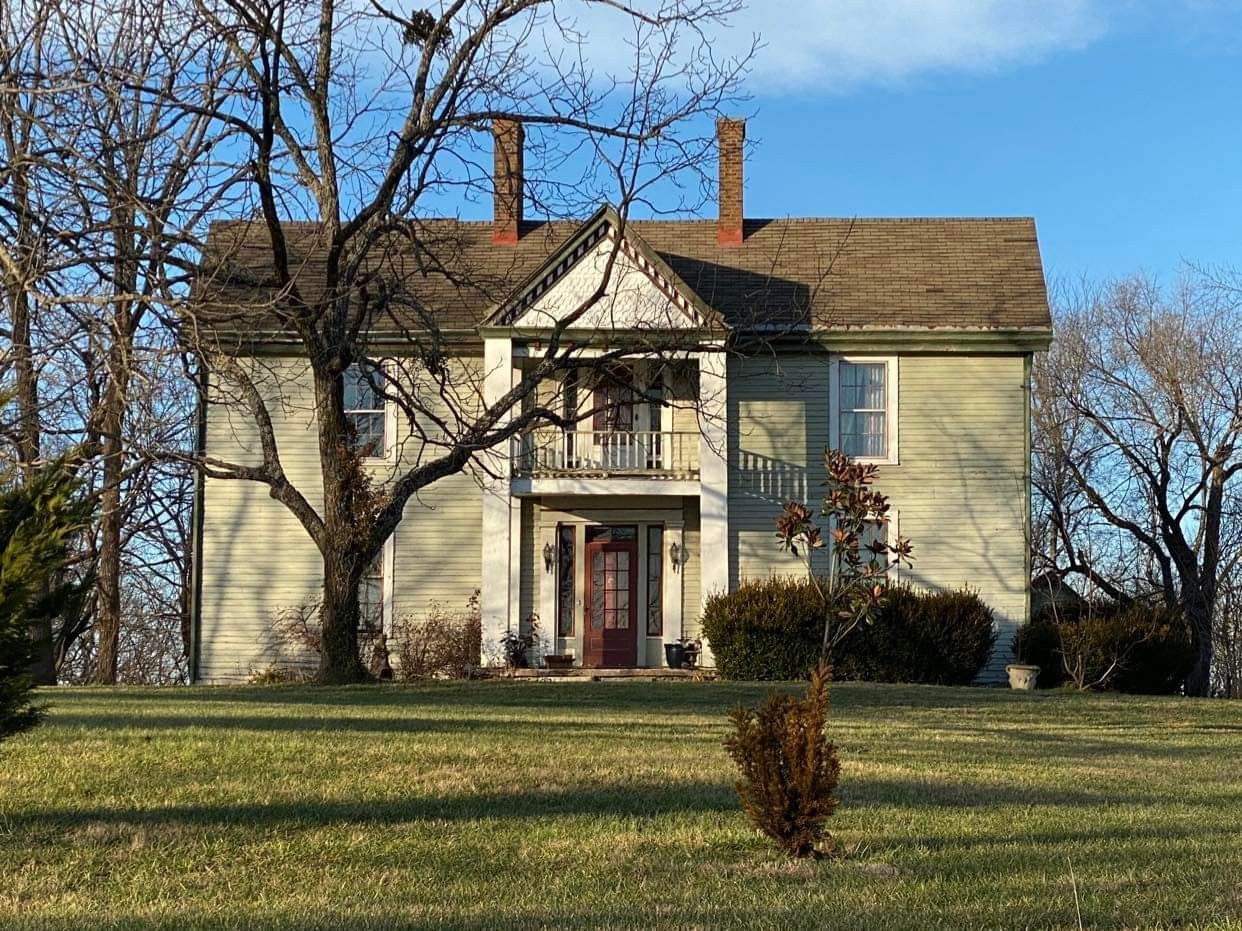 The McGee House is a two-story frame structure with a gable roof built circa 1850. It was purportedly used as a headquarters for a unit of soldiers on their way to the Battle of Perryville. To the north and east of the house are two square, frame outbuildings with gable roofs, one of which is made of logs. According to the family history, the log structure preceded all other buildings on the property (late 1770s). The McGee House is significant as an example of how families replaced a previous dwelling, but reused a desirable site when updating their previous dwelling from a rectangular pen to a central-passage house. The log dwelling was relegated to use as an outbuilding after the present main house was built in the mid-nineteenth century.