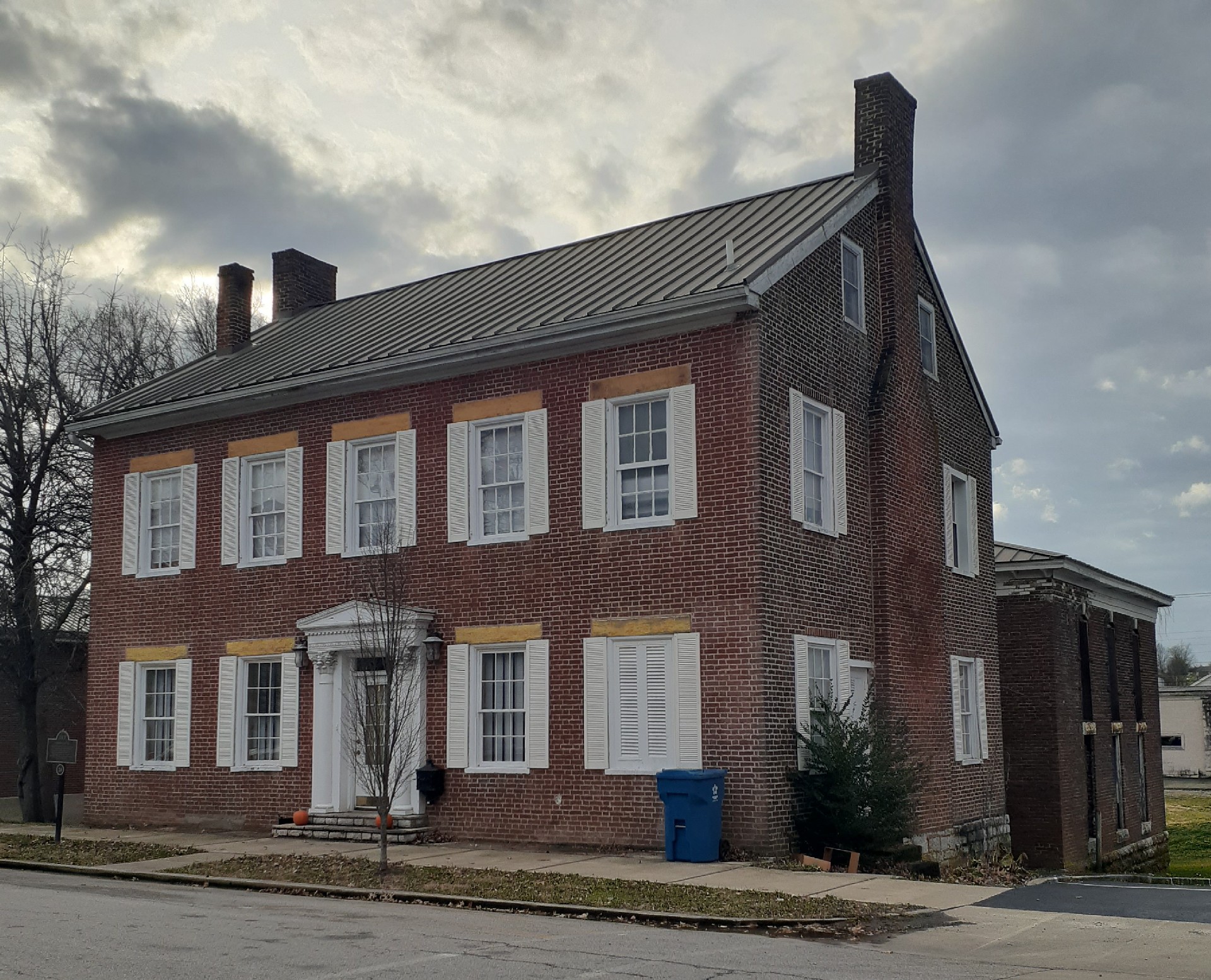 Built in 1827, the large building appears to have been built for the jailer, his family and some prisoners. On the interior, it has a central passageway and rooms of unequal size, some of which may have served as cells. It replaced an earlier stone structure. To the rear of the building is a two story brick jail built in 1877. It has elongated windows and overhanging eaves, features of the Italianate style. It has undergone extensive remodeling over the years to comply with state regulations. It served as the county jail from 1870 until 1983.