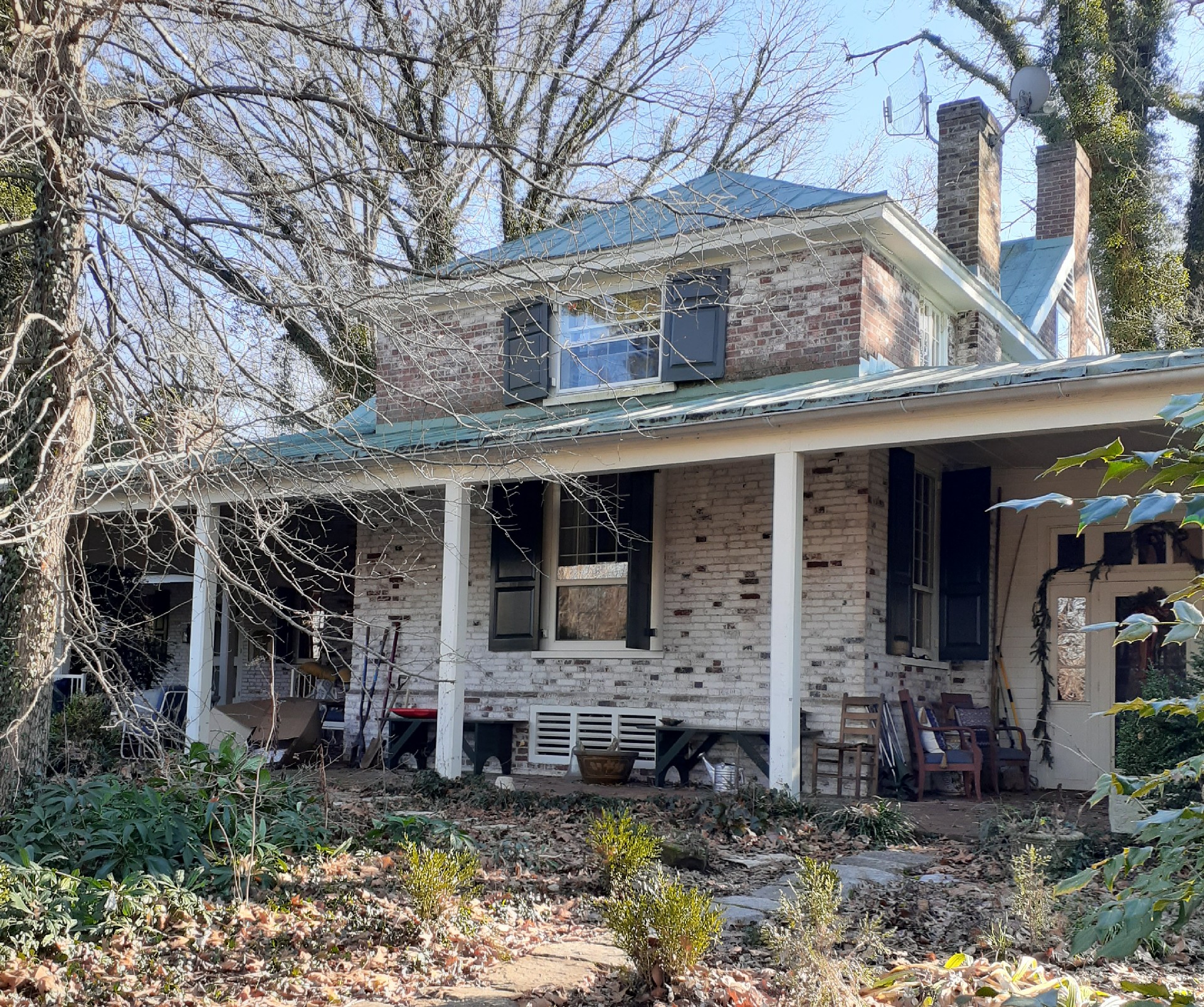 James and Margaret Walker McCoun located their station on land that was part of the 1773 McAfee and Company surveys, of which he was a member. Not a strongly fortified station, the McCouns lived at James McAfee station during times danger. James McCoun helped to organize and was an elder at New Providence Presbyterian Church. Portions of the McCoun home were built in 1795. The Old Wilderness Road used to run south of the house. The house has changed hands many times, but in 1823 Daniel Brewer bought the house and it has been in the Brewer family for generations. It is believed that the one-story wings on the east and west ends of the house were added by Lambert Brewer, his son, in the late 1820s.