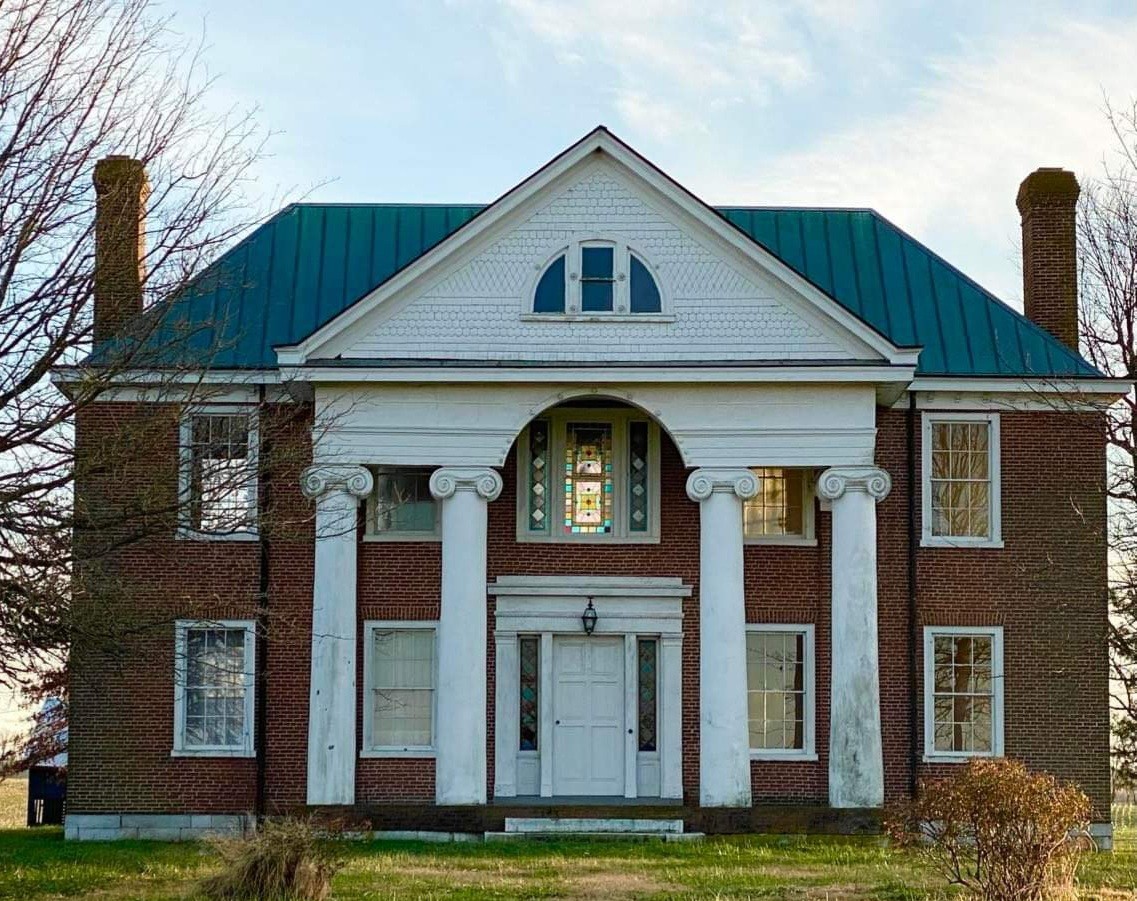 The land title of Woodlawn can be traced to part of 1400 acres on Cane Run granted by Virginia to John Smith as an assignee of James Wiley. John Smith’s will, probated in 1825, bequeathed the plantation to his grandson John Rodes Smith. In the Smith-Williams house, an early nineteenth century section of the house became an ell with the addition of a mid-nineteenth century central passage house with detailing from the Greek Revival style. The residence is a five bay, two-story brick structure. The cornice of the porch was modified in the early twentieth century to give it an updated Colonial Revival look.