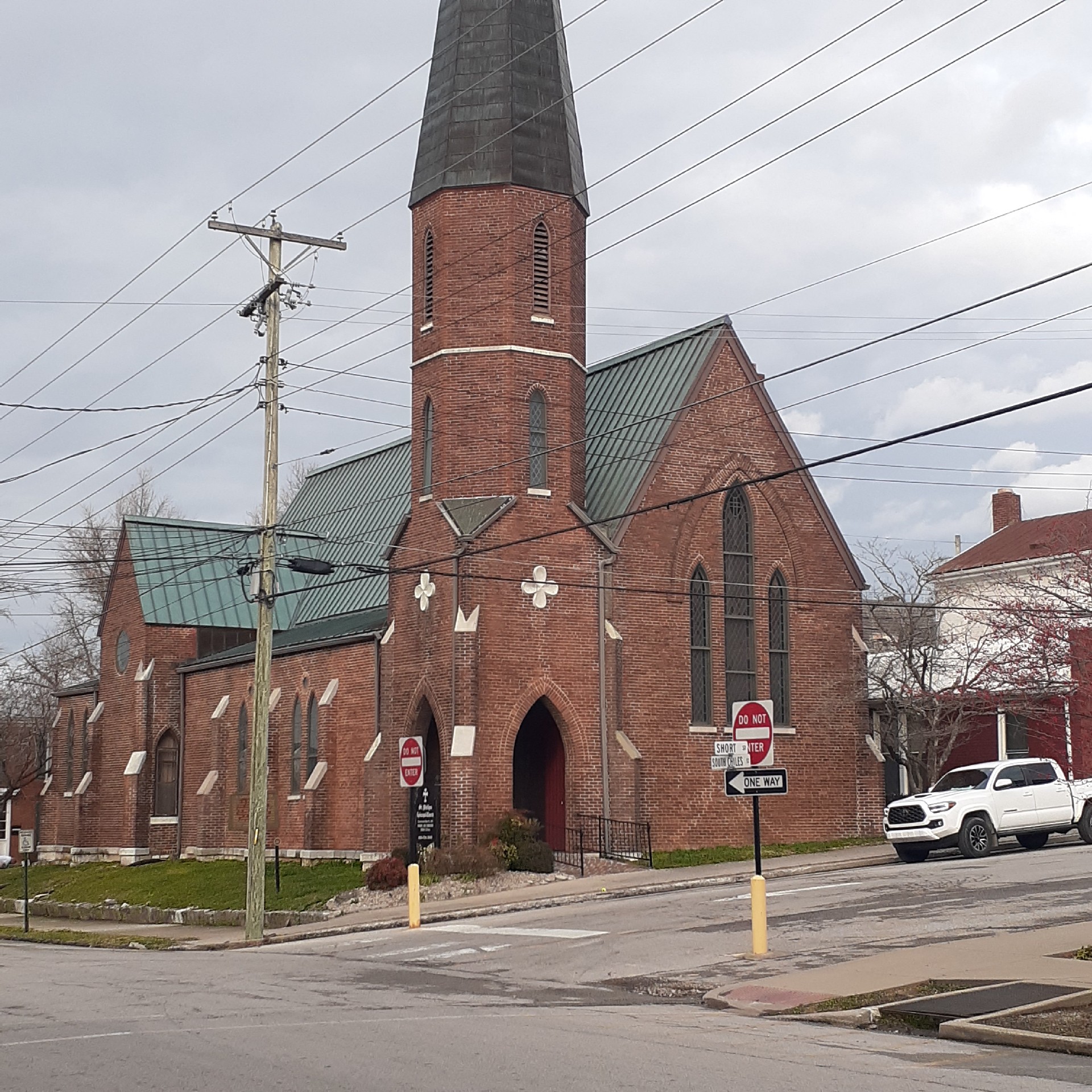 St. Philip’s Episcopal Church, whose cornerstone was laid on April 17, 1860, was opened for services on September 12, 1861. Bishop Benjamin Smith designed and supervised its construction; but instead of providing delineations, he made a model in wood that is said to have been a small replica of a church in England he had attended as a boy. Bishop Smith not only designed and supervised the church’s construction; he also carved three ecclesiastical chairs in the chancel, the communion rail around the chancel, and a tripod supporting the baptismal font. All stained glass windows appear to be English-made. Slave pews were along the western wall.