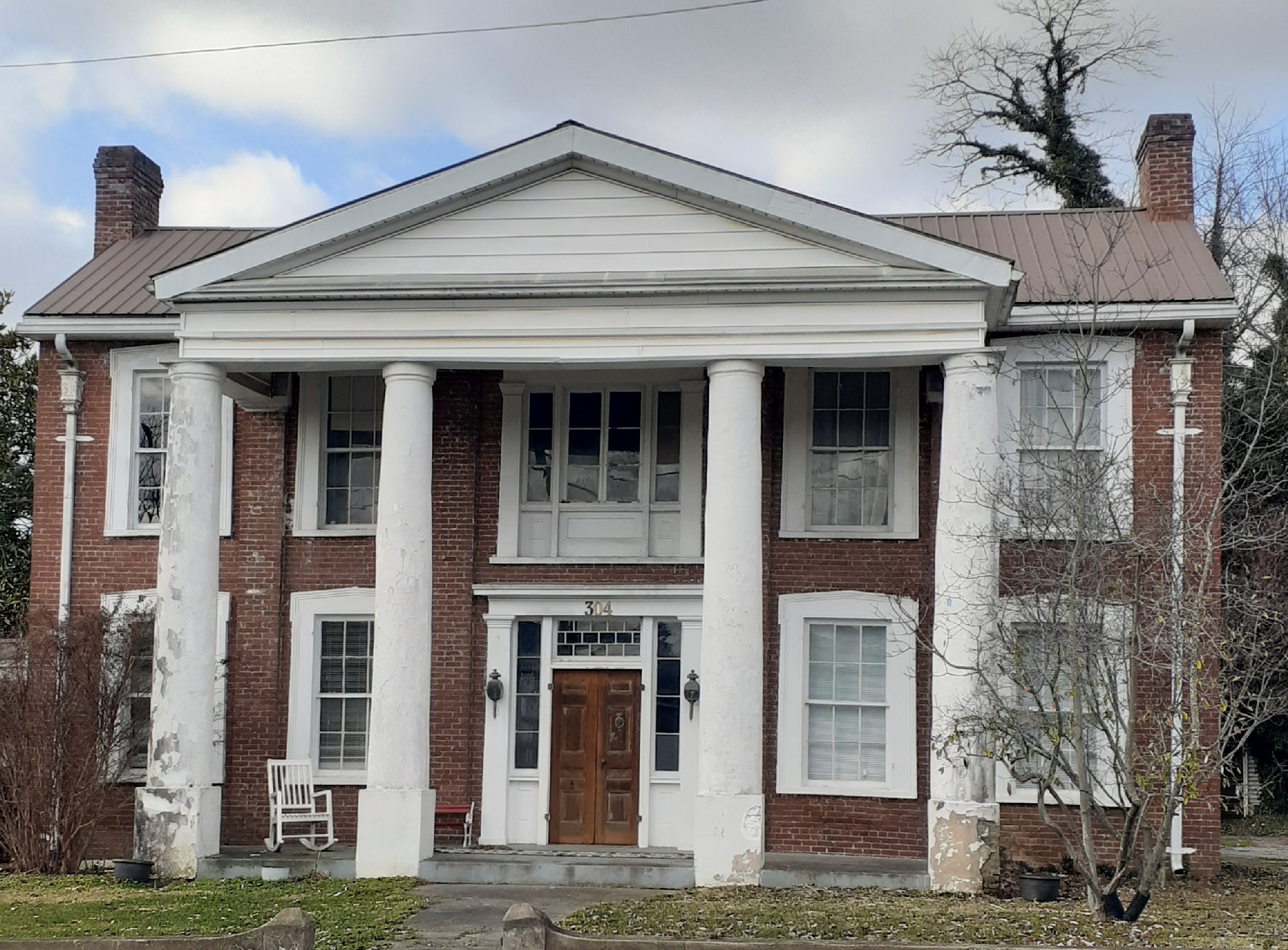 Colonel Richard Sutfield, an early trustee of Harrodsburg, was deeded in-lot #133 on Jan.15, 1843. A veteran of the War of 1812, he earned his living as a saddler. The original portion of the house is one room deep with a central hallway. The front façade features a colossal two-story pedimented portico upheld by pairs of Doric columns. The chimneys are found on the interior gable ends of the building. A one-room ell extends to the rear of the building and connects it to a one-story brick kitchen.