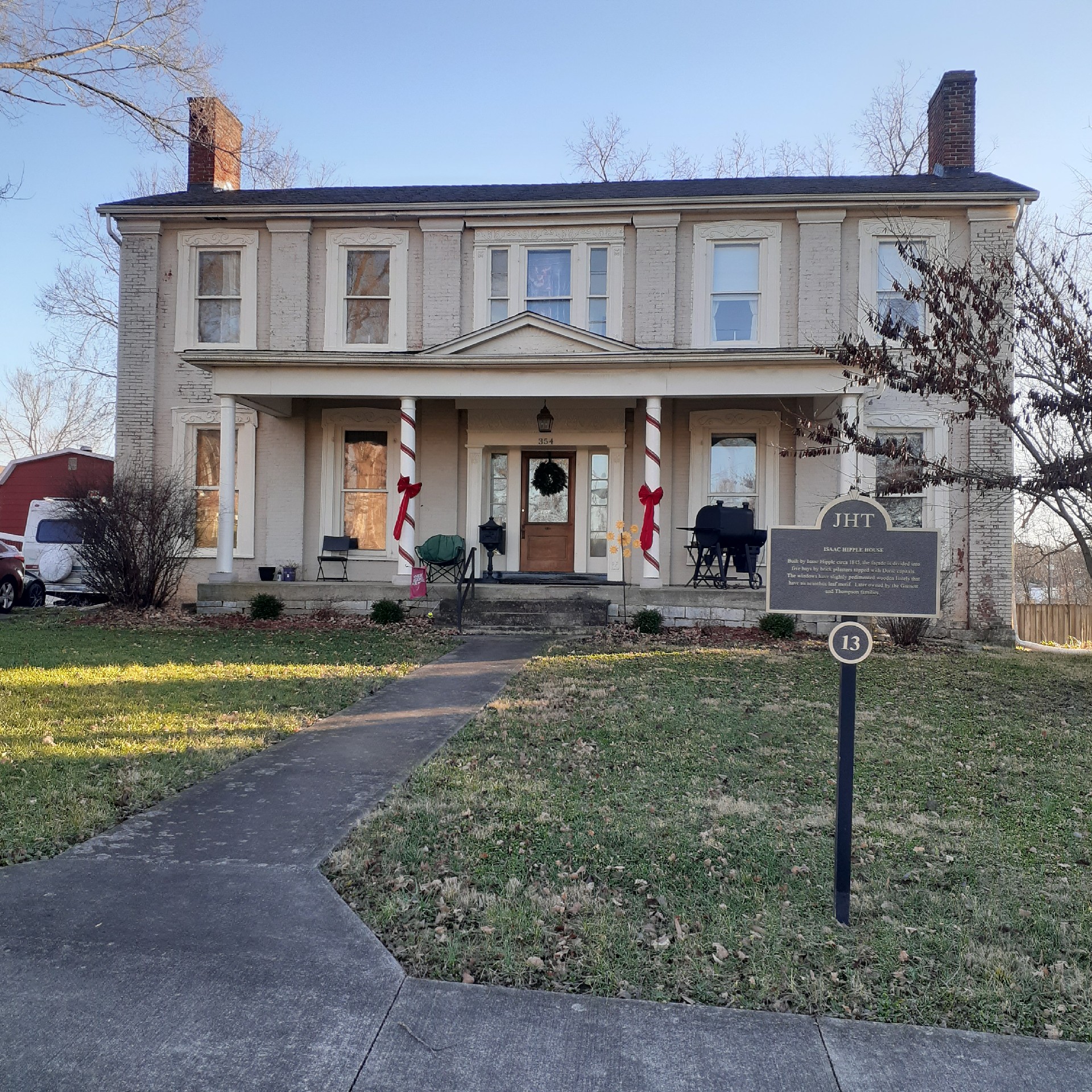 The Elms was built by Issac Hipple in 1845-1847 and was known as the Hipple House throughout the 1850s. Later in the 19th century the house was bought by Mary Garnett Thompson who was the former wife of the Honorable Philip B. Thompson, Jr. Thompson was an eminent Harrodsburg criminal lawyer who shot and killed Walter H. Davis in 1883 at the Burgin train station, Thompson was acquitted because the jury believed he was upholding the honor of his household after Davis had reportedly taken advantage of Mrs. Thompson during a trip to Cincinnati. The Elms is significant as an example of single-pile, central passage dwelling in which the builder has used elements from the Greek Revival style for ornamentation.