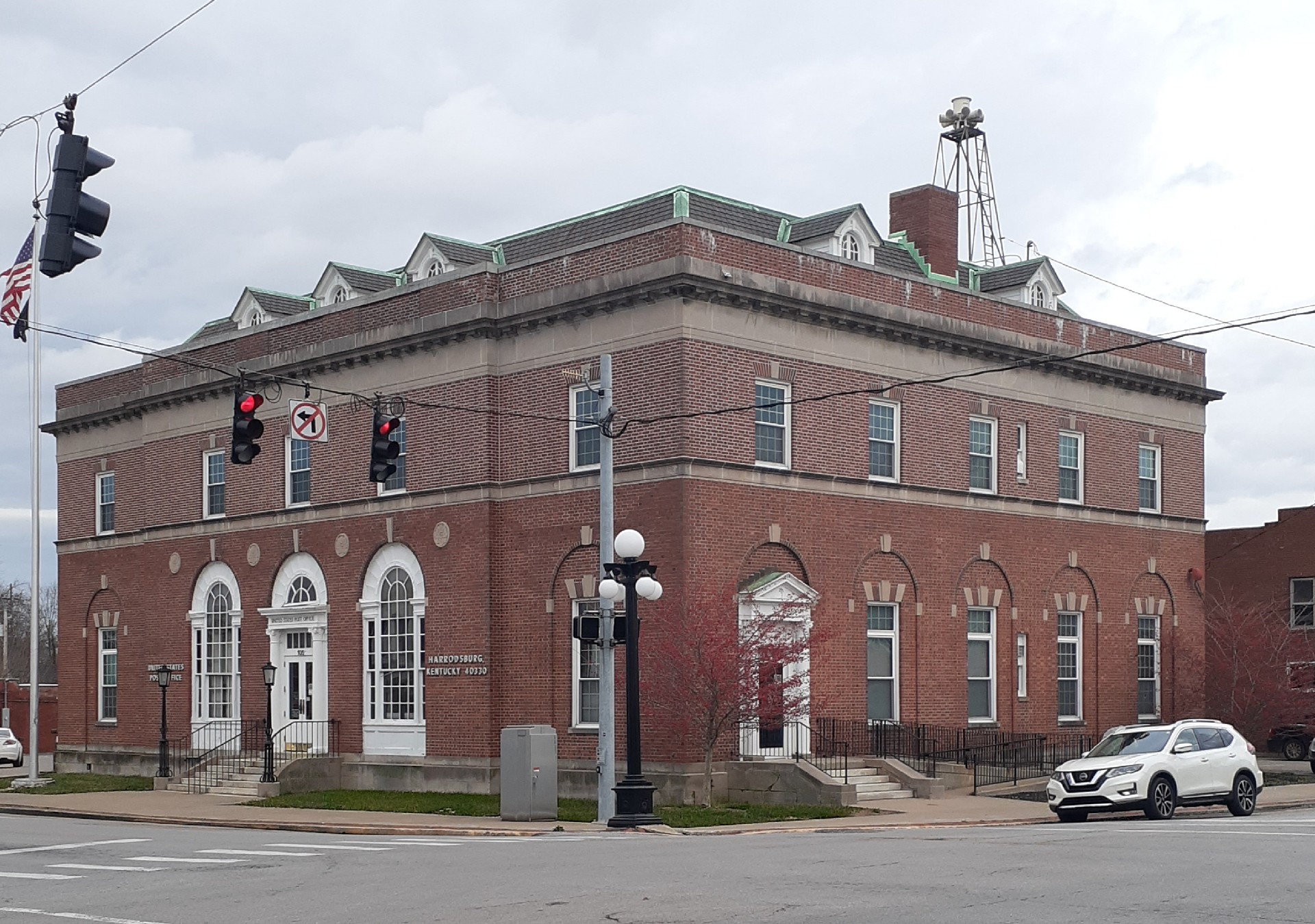 The first post office west of the Alleghenies was established in Danville in 1792. There was, however, a post rider who carried mail from Harrodsburg, Danville, Limestone, Madison, and Bourbon from 1789 to 1791. The first post office in Harrodsburg was established in 1794. The post office was known as Harrodsburgh until 1894 when the name was changed to Harrodsburg. There were 25 postmasters until this building was built under the tenure of Mrs. Sue C. Beardsley. The U.S. Post Office/Harrodsburg, built in 1931, is significant as an example of an institutional building ornamented with elements from the Colonial Revival style such as fanlights over the doorways, English bond brickwork and keystones over the windows.