On September 26, 1896, tollgate raiders visited the gate keepers on the Cheese Lick and Bethel, and the Dugansville and Forsythe Mill Turnpikes, threatening to dynamite the toll houses and to harm the gate keepers if they collected any more toll. Gate-keeper Liberty Yocum was forced to destroy the turn pole with his own axe. The lawless band continued their destruction at toll houses on the McAfee and Dugansville Pike and on the Central Pike near Mayo.

This was the start of the “Toll Gate War” in Mercer County.

Early Mercer County tracks were developed into wagon roads by individual citizens or communities. Everyone lamented the lack of public funds for construction, but no one wanted to pay higher taxes. By 1825, responding to a general clamor for better roads, lawmakers granted local capitalists the right to build roads and to charge toll for their use. By 1893, the Mercer County turnpike and tollgate system was responsible for an estimated 62 toll houses and 260 miles of pikes, revealing the county's extensive internal improvements. In time, however, scheming speculators, high toll rates, and poor roads encouraged criticism and a rebellious mood. Harrodsburg businessmen joined with the “free turnpike” faction when they realized that some farmers economized by trading at a country store rather than “running the gauntlet” of toll gates to town. Many who lived near Rose Hill and Cornishville paid toll at three gates to get to town and the same three to return home, making the cost of the trip unaffordable.

In 1895, a meeting of “free turnpikers” was held at the courthouse with George Handy as chairman. The group sought to create a petition to the Fiscal Court requesting that a vote be taken at the November election to abolish tollgates and maintain pikes by general taxation. A successful petition finally placed the issue on the ballot for the November 1897 election, but before the vote could be taken, a lawless element, calling themselves “turnpike regulators” or “toll-gate raiders,” issued warnings to gate keepers to collect no more toll. These armed bandits roamed the county under cover of darkness, cutting down tollgates and burning toll houses.

On the same night as the Cheese Lick raid, the toll house at Terrapin, kept by Travis Newby, was also raided. From her parents’ home opposite the toll house, a frightened seven-year-old, Cordie Shelton, peeked under drawn window shades to watch this action.

In December of 1896, six toll houses were raided and the poles cut down by a mob of thirty mounted men, three on the Cornishville Pike, two on the Mackville Pike, one near Berea Church,  and one on the Oak Ridge Pike. At each gate, the orders to collect no more toll were ignored, and poles were replaced and toll collections continued.

In defiance of law and the court, the raids continued during the spring of 1897. With increasing boldness, the raiders widened their area of destruction to include gates partly owned by the state, some in the eastern part of the county, and a few near the city limits of Harrodsburg.

On April 11, 1897, John “Crow-Heel” Lyons, the respected keeper of the gate near Kirkwood, returned to his home to find that outlaws had destroyed his post and pole and had left him a souvenir. Attached to his front door was a pencil drawing of a man hanging from a tree, with the words, “The last of old Crow-Heel” scribbled beneath.

Roland Curd, however, wasn't fortunate enough to be absent when more than 25 raiders arrived at his Perryville Pike toll house on May 13, 1897. Aroused from his bed at pistol-point, Curd was threatened with death if he refused to take his axe and chop down the pole. Shaking with fear for himself, as well as for his wife and five children, the keeper - dressed in night shirt and slippers - obeyed the commands of the angry mob. Their parting reminder to Curd was that he had made himself a good pile of stove wood. 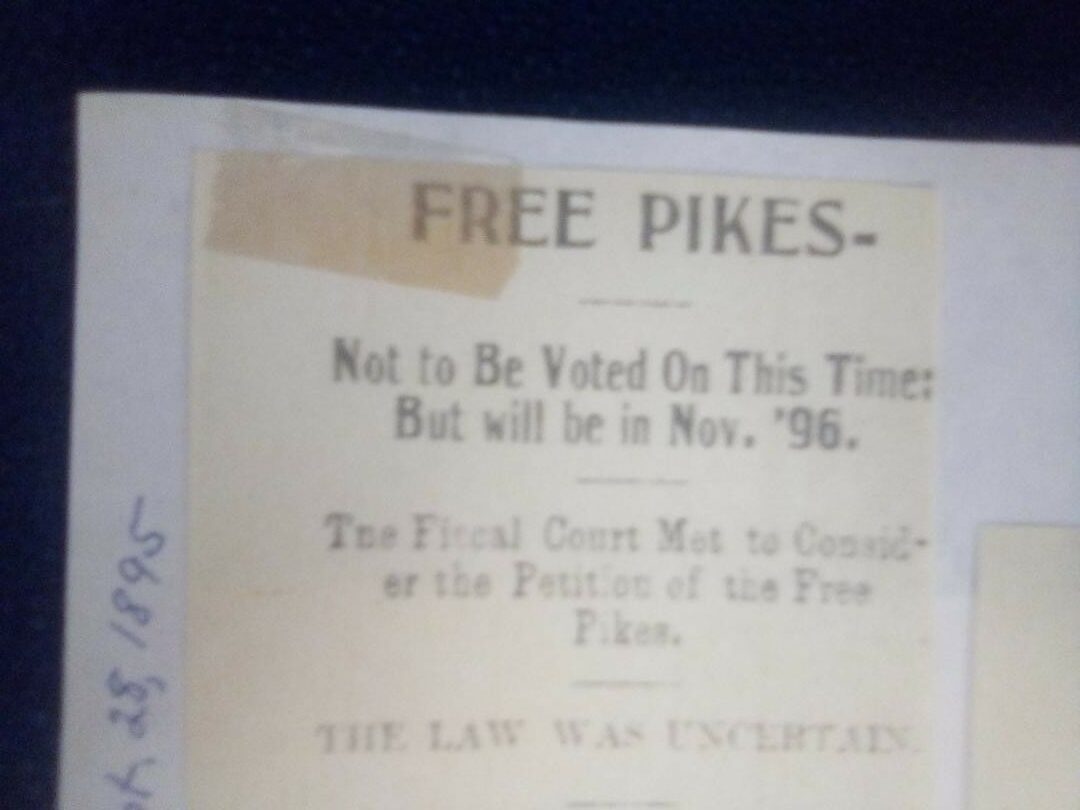 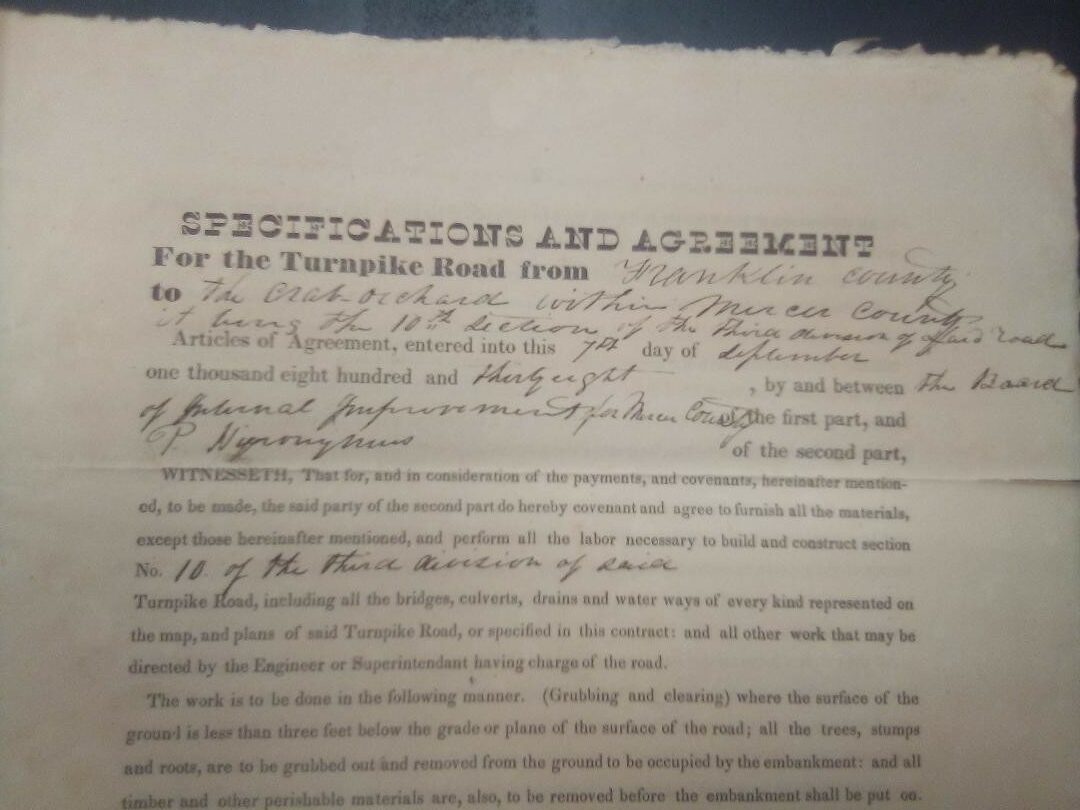 Free turnpikes for Mercer County became a reality when the county purchased company interests in the roads. Although most stockholders suffered a loss, some dividend paying turnpikes and many which did not pay dividends agreed to sell to the county for one cent and to deliver deeds on January 1, 1898.

With the turn of the century, Mercer Countians entered a progressive new era under the free turnpike system, as road building was to be financed through taxation. The freedom from paying toll enabled more people to travel for pleasure, as well as for necessity. With the new turnpikes, there was also a new sense of freedom from the earlier terrors of the destructive night raiders.